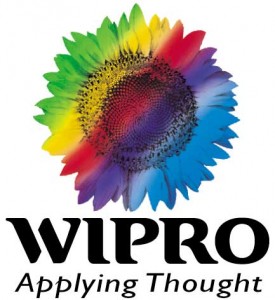 In the first post in this series, I provided an explanation of the different channel engagement models in the Spend Management sector, as well as their historical context. In the second part of this column I’ll zero in on Ariba and how it has managed to leverage services providers from both a channel and customer perspective relative to the competition. As I mentioned at the end of the previous post, Ariba started out in this market from a position of strength regarding channel and services partnership, but a number of deliberate, calculated decisions led to a series of channel challenges that opened up the services arena to competitors. From hiring the marketplace practice of Arthur Andersen, to bringing a growing percentage of implementation fees in-house, to acquiring FreeMarkets (a sourcing services provider), Ariba slowly alienated channel partners who began to see it as more of a direct competitor. The move to On-Demand software models also factored into this equation, diminishing the portion of the pie that third parties could customize, configure, and integrate, thus reducing the fees they could make from Ariba’s technology in implementation and roll-out.

As a result, over the past 5-7 years, consulting providers in increasing numbers began to build practices around other Spend Management providers. Some Ariba competitors, such as Emptoris, attempted to focus on depth of relationships with services and/or outsourcing arms of companies like Accenture, IBM, and Deloitte, gaining significant sales-channel leverage as a result. In contrast, others, such as Iasta, attempted to focus on getting their solutions into the hands of a larger number of services providers, becoming a de facto e-sourcing standard for boutique, mid-size, and even some global consulting and outsourcing providers.

The case of Iasta is fascinating, and shows how a small provider — albeit an On-Demand provider — can succeed at dominating the small and mid-size consulting-partner arena. Iasta, whose total revenue last year was less than what some Ariba executives have made in a single year, has almost 50 active services provider relationships to date, according to its co-founder and CEO, David Bush. It also has “about another 50” that it works “informally with on joint proposals” or collaborates with in other ways. For a thinly stretched smaller (although fast growing) provider to count as customers and channel partners such a large cross-section of the service provider ecosystem is no small feat. It speaks to the level of investment that David and his colleagues have made to develop these partnerships…