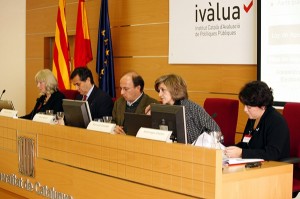 Over the past few months, I’ve had numerous correspondences with Ivalua’s North American team as it’s started to pick up steam Stateside. Ivalua, despite its lack of brand recognition outside of the European market — and French market, where it originated — offers one of the sectors’s broadest Spend Management suites (more on this in a minute). While still relatively small (<100 employees), Ivalua is profitable and growing, maintaining a high double-digit CAGR. Moreover, two-thirds of Ivalua’s users are outside of France, and over 50% of its users are outside of Europe. It counts among its larger customers ArcelorMittal (Luxembourg) and OMV (Austria) among others, in addition to more than 30 of France’s top 100 companies. But what makes Ivalua stand out is not just its traction to date in its headquarter country, but also the wide footprint that makes up its solution (which also has significant and unique depth in certain areas).

I’m quite late in my write-up of Ivalua, having first demoed its applications last autumn, but I suspect this is a more appropriate time to share what it’s up to given Ivalua’s more aggressive focus on ramping up in the North American market in 2010. In this and a series of additional posts on Ivalua, I look forward to sharing more information about this rather unique player in the market that combines significant value in its solutions — its per-seat pricing is among some of the more aggressive I’ve seen –- with solid functional capabilities and a range of flexible deployment options including multi-tenant SaaS, single-tenant SaaS, and on-premise SaaS. Moreover, Ivalua supports its software with a range of enabling services and partnerships with top SIs and consultancies in the global market, including CGI, among others.

In this first piece on Ivalua, I’ll start by providing some background on its specific capabilities and approach. In subsequent posts, I’ll describe some of the comparative strengths and weaknesses I saw when going through a demo of the solution. I’ll also look at what customers are saying about Ivalua after I’ve had the chance to do further diligence in this area…