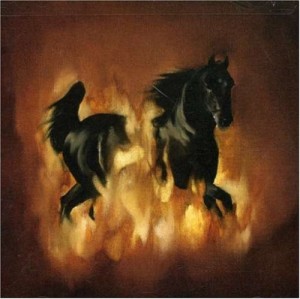 It’s about time the SaaS world did some acquiring, and Salesforce.com is the logical playa to start.  That $500M may be just to war chest to get started down the path.  Larry Dignan concurs.

Wouldn’t make much sense to me, certainly not in that kind of price range.

So then which SaaS players fit that price?  $500M is not an especially huge number as SaaS valuations go.  The company would need to be either small or percieved as not doing so well.  Concur, for example, is very profitable and has a $2B price tag.  Also, in the time honored tradition of all acquirers, look for companies whose valuation metrics are lower than Salesforce’s so that the “currency exchange rate” is attractive.  SFDC has 7.41 Price to Sales ratio, Concur is over 8.  No dice.

Does SFDC want to move radically outside CRM into HCM or ERP?  Maybe.  But I’m skeptical.  The best synergy is something more to put through their existing channel, and something to strengthen their position further.  They could try for TLEO @ $700M and change as stock + cash.  SFSF seems out of reach as does Netsuite.

So let’s look at the CRM suite spot plays (pardon my pun):

If they bought RNOW, that’s a big step forward for their Service business and RNOW is right at $500M market cap.  That’d be my fave for public SaaS co’s.  Salesforce is also staking out Service as one of their big targets with their Service Cloud announcements.  I note RNOW is up 2% today, a down day.  Perhaps others also see the logic.

There are privates and dark horse public companies that would make sense.  My two faves would be either Marketing Automation or Sales Compensation.

Marketing Automation would probably mean Eloqua or Marketo with some other possibles.  These are private co’s.  One could buy several for $500M.

Social Software?  Lithium or Jive could be interesting and should be well within that price range.

So my bet is either RNOW, or preparing to go on a spree that will involve multiple little guys.  With $500M they could buy a Social player, a Marketing Automation player, and a Sales Comp player, all of which would be highly complementary to their CRM core.

This will be interesting to watch!

One response to “SFDC Acquisiton Spree?”