Do something instead of doing things to get something done

What if we could shift the whole world to renewable energy sources, feed and educate all children at no extra cost nor resource use?

What if you could double your bottom line without cutting costs?

Of all things, the solution lies within a segment for Enterprise Software not yet tackled, namely unstructured, ad-hoc, untamed, manual or barely Repeatable Processes (BRP).

BRP is a massive pit of wasted resources and lost effectiveness. And you’re reminded of it every day as you spend all that time on "doing things to get something done" – planning, meeting, budgeting, reporting, updating, searching, accounting, pestering and being pestered. 20% of your time? 30%? 40%? 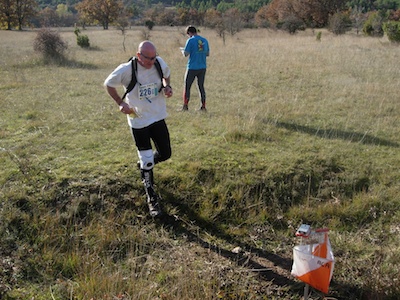 Eliminate those "doing things to get something done" and free resources that can be better spent (and on a micro level increase your profits as well).

And that’s where Enterprise Software enters as it should be tasked to deliver a framework for the work flow, automate the flow if you’d like. Although in a way that allows the full human potential, not as rigid as Ford’s assembly line or most three letter Enterprise Software apps.

To wit, let’s look at last week’s interesting conclusions about unstructured / Barely Repeatable Processes in the world of Enterprise Software:

That fits my world view nicely having suggested that BRP stands for 64% of the world’s GDP and that old models and transactions based Enterprise Software architecture will never ever be able to model the BRPs.

As you would know already, the stuff we’re tinkering with is a complete break from old Enterprise Software architecture and thrives with BRP. In fact it’s made for it, framing work so it can flow by itself in a transparent (reported) way.

But a natural "flow" is alien to the office worker of today, which might explain the unwillingness of Enterprise Software vendors to break with the past:

He has to start doing things the natural way; follow the flow and unlearn the silo’ed workshop ways of current IT. It’s like re-learning to run barefoot, it requires an effort. And that in an IT reality imbued with words like "easy consumption" and "intuitive" (see "that’s how I always did it") making the term "effort" dubious at best.

It’s time to face reality and to translate it into tangible figures, weighing that up against the laziness and unwillingness to unlearn. Allow me a hint:

Say that your business/department is (as Gartner says is typical) 60% BRP, and assume 30% (much too low I think) is spent on doing things to get something done and your EBIT margin is 20%. Getting rid of that wasted time (assuming the newly freed capacity actually has customers) would increase your profit with 110%.

Now let’s add up all those "profit increases" and look at the accrued effect: Use same 30% wasted time to all BRP at 64% of world’s GDP and what do we get?

A little bump in our common and total annual products/services delivery (world GDP) of 19%. That would be an extra 11.7 trillion USD per year that we could spend on important stuff without using any extra resources.

Say feed and educate every child on earth, shift the entire world to renewable energies and pay off the financial crisis and it’s bailouts (that would be a one year thing) – still you’d be wondering what to do with the 7 trillion left after the first year and the 11 surplus the next. Perhaps start working on bettering the circumstances for the poorest of this world? Wiping out Africa’s debt would be a mere drop of 0.2 trillion.

And by the way, if my figures are way off it would not matter, enough to go on to cover it all anyway.

The facts are telling, the potential results compelling, but the familiar "but this is how we’ve always done it!" and "where are the familiar interfaces?" is the defence against change. Laziness and oblivion rules.

Yes, one has to make an effort, and yes, stop focusing on "intuitive", "easy to use", Anything 2.0, Cloud, SaaS and any other buzzwords that makes life easy and your inside go fuzzy and warm. It’s business, life’s tough so get over it and focus on the results.