SAP Customers: I want you to get up right now, sit up, go to your windows.. 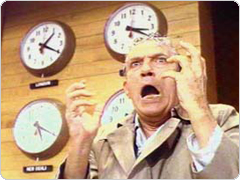 …but unlike in the movie Network, don’t open the window, don’t stick your head out and don’t yell “I am mad as hell.”

Instead make a phone call…more about that it a minute.

SAP today announced “that it will reinstate a previous policy of offering customers a choice of application support tiers”. That’s goodness because the forced march to enterprise support at 22% had pushed relations with many customers to the brink.

But all it did was reverse the clock to a certain point when it should have gone much further. It should have announced at least one more tier of base support – basic tax, regulatory support, some level of call support – at the 8 to 10% level…