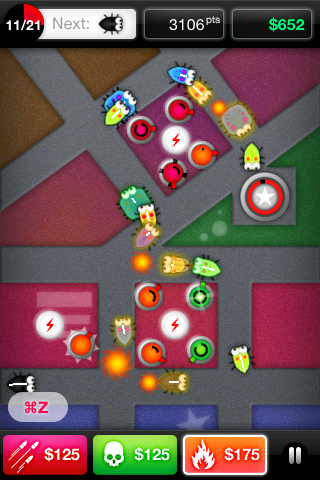 According to analysis by 24/7 Wall St., Apple and App Store software developers have lost more than $450 million to piracy since the store’s launch in July 2008. Who’s to blame? Jailbreakers. Users who jailbreak their iPhones can do a number of things that Apple doesn’t approve of, such as modifying the operating system or installing programs that don’t come from the App Store–programs that they would otherwise have to pay for.

Josh Knowles, one of my fellow Austin-native friends from way back, told me recently that his firm’s iPhone game, Critter Defense, was pirated more than bought. I was naively shocked to hear that piracy even happened in the iPhone world. But of course it does: so long as you unlock your phone and surf the piracy sites. I was reminded of that conversation over beers by Jeff Bertolucci’s piece today on the same topic, quoted above.

So, I asked Josh if he’d comment on it post-beers. He said: