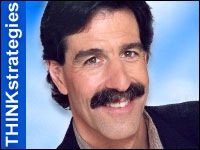 Listen to my conversation with Jeff Kaplan, managing director of strategic consulting firm THINKstrategies, and one of the foremost analysts tracking software-as-a-service, on-demand and cloud computing.

In this podcast, learn why it’s not enough to simply port an existing software package to the cloud without rearchitecting it, and hear about some of the ways enterprises will deal with hybrid environments that mix on-premise and cloud assets.

PW: So Jeff, we’ve obviously both been tracking SaaS and cloud computing for quite a few years now, and they’ve come on quite a way, haven’t they, since those early days?

JK: They sure have. The world is coming in our direction, for a variety of reasons. Most importantly of course, is the economy.

Well, yeah, absolutely, because I think that makes the economic proposition of SaaS or cloud much more compelling, and certainly makes people look at it much harder than they have in the past. And also, I think we’ve gone past the days when this was a minority interest. Everyone knows that there’s people out there doing this, and therefore you’re not sticking your neck out by going for it.

That’s absolutely right. It’s become mainstream, in part because we’re so familiar with these kinds of services in our personal lives, converting that idea into something we feel comfortable in the corporate environment has become a lot easier. But, as you point out, seeing a lot of other companies doing it — large, small and mid-sized businesses as well — also gives us confidence that this is not a bleeding-edge technology any longer.

So here we are at the beginning of a new year. I thought it would be good to get together and have a look at what we see happening next. One of the things I think we’re seeing is that a lot of people now are moving to cloud computing, on-demand computing, and perhaps they’re doing it without a full understanding of what’s involved. And I worry that maybe sometimes we take a step back, because people are embracing the model but without fully understanding where they’re going.

Well, I think there’s a lot of truth to that concern, because what often happens — and we’re already seeing this happen — is, when you get a topic like software-as-a-service, or now what people are generally referring to as cloud computing, [being] popularized — and a lot of companies beginning to not only investigate it but adopt it. Of course, that attracts a proliferation of players who want to capitalize on that market opportunity and exploit it for their own proprietary purposes. So as a result, we’re seeing — and you refer to this as “SoSaaS” so well —

Yeah, which is — that’s my, Same old Software (but) as a Service, and I think now we’re seeing —

— we’re seeing people, again, taking the same old software with all the faults of the old, on-premise, software model. Someone that I spoke to earlier this year described it — or last year rather — described it as ‘Soviet-era software’. And just by putting it on an Amazon instance or in some cloud platform, they think they’ve taken it to the cloud, whereas they haven’t, they’ve just taken all these same old problems into the cloud.

Well yeah, and it — in a sense, first of all, they’ve bastardized the terminology. Secondly, they’ve taken us ‘back to the future’ of the old ASP model, where all we were doing was moving the cheese. And smelly cheese was being taken from within our own data center to someone else’s data center. Now, there’s some incremental benefits possibly to that, but there’s no way of achieving the overall goals that a software-as-a-service or a true cloud computing approach has to offer and can promise. And those, as you well know, have to do with the scalability of a multi-tenant environment, the ability to roll out innovations across a population of users simultaneously so they don’t have to worry about those disrupting their operations on a day-to-day basis.

But what I’ve always felt is the ultimate goal of all this is, it creates not only a different vendor-customer relationship, but it actually creates a new kind of customer community — where the aggregation of the activity data across that community can now be aggregated and analyzed, and redistributed as true benchmark statistics that people can actually utilize to gain better insights into what the real best practices are in those business arenas or business areas. So there’s some tremendous opportunities there that are only compromised if we’re not really using the best platform, which is a multi-tenant platform.

Yeah, and I think the community angle is often overlooked, but I think it’s so important. Because the fact that you’re actually in the cloud means that it’s much easier for that community to come together — to be using the same reference architecture, to be able to exchange ideas, to be able to swap extensions that will be ready to run but don’t have to be redesigned or re-architected before they’re put on someone else’s instance.

All of those factors I think are often not taken into account when people are doing a straight like-for-like comparisons between, ‘I’ve got a piece of software here in my data center’ or ‘I’ve got a piece — the same piece of software — over there in the cloud, and what’s the TCO comparison and the feature comparison?’ and so on and so forth. The community angle is a whole dimension that you also need to look at, and really I think gives the SaaS or the cloud model a lot of advantages that people are not aware of until they’ve actually got into it and started using it.

Well obviously, the good news for guys like you and I is we have a lot more opportunity to educate people about these things…