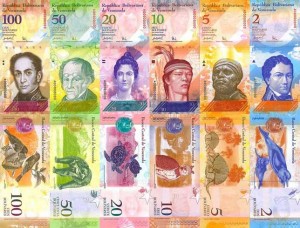 Venezuela, the most recent former democracy to fall into the hands of a truly kooky dictator with nationalist ambitions, recently devalued the bolivar in an attempt to shore up its challenged currency. A recent Reuters wire story captured the essential elements of the action, and suggests that the the move provides fuel to the fire of U.S. critics who favor challenging other countries (namely China) to either value their currencies more fairly or truly float on the international markets. According to the above-linked story, Venezuelan President Hugo Chavez “ordered a devaluation of the country’s bolivar currency, cutting the exchange rate against the dollar in half for oil income and goods deemed nonessential.”

While the move has the potential to make Venezuelan exports more attractive (should it signal a general devaluation of the currency outside of the limitations imposed by Hurricane Hugo), it’s unlikely that we’ll see a general low-cost export boom from the region any time soon. In a country where the dictator-for-life has installed his own cronies in some private industries while completely nationalizing others, it’s unlikely that, from an efficiency perspective, Venezuela will be able to compete when it comes to exports. The travesty of the now-national oil company is a case in point. While it used to lead export providers in efficiency — as much as it could, given the challenging nature of Venezuelan crude — rumors are that the nationalized firm is now a beacon of mediocrity, and that much of the former talent responsible for its efficiencies has left…