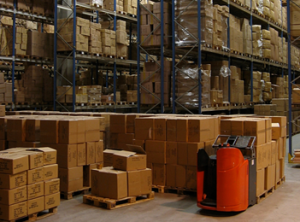 Over on Spend Matters affiliate site Metal Miner, Stuart Burns recently took out his virtual pen and analyzed the latest U.S. GDP numbers which, on the face if it, may suggest a solid recovery. After all, it appears that we’re “expanding at the fastest rate in six years,” realizing Q4 economic growth of 5.7%. But if you dig below the numbers, much of the growth can be attributed to what Stuart refers to as the 800-lb. gorilla in the room — inventory. He writes, “firms reduced inventory by ‘just’ $33.5bn in the fourth quarter compared to $139bn in the third quarter. That simple slowing in inventory reduction contributed a massive 3.4% of the overall 5.7% rise in GDP.”

In other words, restocking played a major part in GDP growth, and what remains is less that impressive (certainly some or all of which we could attribute to stimulus finally making its way into the economy)…