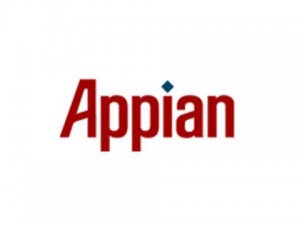 Appian issued a press release last week on their growth in 2009, and had an analyst call today to provide more detail and answer questions. I attended their user conference in October, and was interested to hear their plans in the wake of recent BPM acquisitions.

In short, their 2009 performance was the best in their history:

In addition to new product releases and their cloud-based offering, Appian Anywhere (which is now responsible for 10% of their revenue), they’ve productized their professional services framework and implementation methodology, and have launched a free (but closed) online community for their customers and partners. Although they still have a significant base in the US federal government, deployed in 22 agencies and departments, they’ve expanded into financial services, insurance, telecommunications and logistics.

Matt Calkins gave us his view of their future, starting with “Appian Is Not For Sale” and contrasting their position of almost 100% self-funded growth, with only recent venture capital infusions that will not force their hand any time soon, against that of recently-acquired BPM vendors who may have run out of road with their long-time VCs and forced to sell. He sees the BPM fight as now being between themselves and Pega, pitting their rate of innovation and ease of use against Pega’s dominant market share. The stack vendors are certainly serious competition, but a customer’s decision to go with a stack vendor versus a BPM suites vendor is usually made so early in the evaluation cycle that Appian rarely finds themselves in a short list head-to-head against a stack vendor. I found that to be a refreshingly realistic view of the market: BPM isn’t a homogeneous market where every customer always looks at every vendor; the vendors are passed through many filters along the way, and the true battles are between those that end up on the same short list. The higher-level strategy, of course, is to change those filters.

Appian will be a company to watch this year, as one of only a few remaining players in a still very competitive BPM space. They would be well-served by opening up their online community to non-customers (although possibly reserving product-specific portions of it for customers) in order to better show off their market leadership. They’re also in a position to achieve dominance in the SaaS BPM market (which they already claim to lead), although there’s still a lot of discussion about the actual utility of cloud-based BPM.