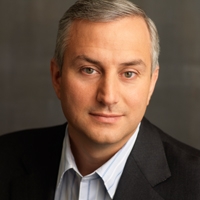 Image by GRP Partners via CrunchBase

CloudAve readers know Mark Suster for his popular series on startups, getting funded, generally dealing with VCs but also on strategy, sales, management, presentations ..etc.  In short as the very accessible all-around startup guy.  I first met him as CEO of Koral, a startup later acquired by Salesforce.com.

Considering that he gained fame as the Startup CEO Who “Won’t Take VC Abuse” it was somewhat of an ironic turn of events to hear he became a VC Partner himself. But he is not your stereotypical hard-to-reach VC Partner, in fact I consider him to be in the small group of entrepreneur-friendly “new style” VC represented by Brad Feld, Fred Vilson, Josh Kopelman, Dave McClure (list not meant to be complete).

These individuals represent less than one half of one percent of everyone in the field, and to be voted as a great VC by anonymous CEOs in today’s market is an amazing achievement.

Indeed.  Congratulations, Mark – and it’s great to have you here as guest blogger.  (Oh, talk about blogging, I also believe Mark is the one-person marketing machine who has single-handedly turned  Los Angeles-based GRP Partners a into a BRAND in Venture Capital Land.)