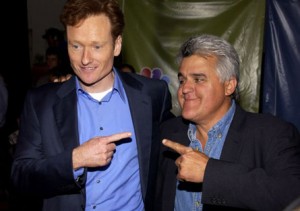 There’s no doubt in my mind NBC Universal had to do something given their falling ratings. The former kings of Thursday night TV not only sold themselves to Comcast, who, aside from Frank Eliason’s superb rock star group of customer service people, sit near the bottom of customer service experience ratings all the time, but they are in the midst of probably what was the worst handling of a crisis of stars on late night TV ever, if not all times of TV.  I mean of course, Jay Leno’s and Conan O’Briiiiiiiiiii-en’s ratings debacle – the one leading to Jay back at the Tonight Show and Conan leaving NBC for a cool $33 million.

So what does NBC Universal do so they can have some positive press for a change? They ally with KickApps, the social platform that I had on my three month revisit list a couple of weeks ago.

Actually, kidding aside, this is a good deal for both NBC Universal and KickApps. NBC is getting what is a solid platform for community development, content development and management; one that integrates social media tools such as blogs, video and audio, and that provides a comments, ratings and ranking engine. They also have some useful and rather cool bells and whistles such as integration with Joomla and a social graph engine that creates a highly detailed social graph of a company’s web property’s network that can be used for targeted advertising, among other things…