NetSuite’s Revenue in light of the bigger ERP revenue question 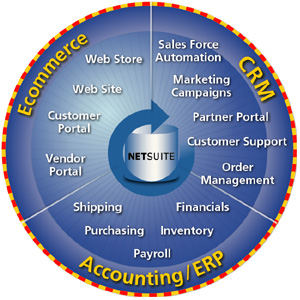 Thursday, NetSuite announced its fourth quarter earnings. In recent weeks, we’ve seen Oracle and SAP do likewise. What we all should be watching are:

– Three things caught my attention re: NetSuite. First, total revenue for the year and for Q4 were up. Annual revenue was up 9% (approx. $167 million) and Q4 revenues were at a record $43 million. Second, the company posted increased sales in spite of the downward sales trend of some on-premise vendors. Third, they announced that RedBuilt, a SAP R/3 user, has dropped SAP to run on NetSuite’s application software.

– SAP’s 2009 numbers are interesting, to say the least. Software revenues are down 27% year over year. These are down about 1 billion Euros. Support revenue, the largest source of SAP revenue, is up about 11% (or approx. 500 million Euros). Subscription revenues, the kind one gets from SaaS or leased applications were also up but on small base. These were up 16% (approx. 48 million Euros). See slide seven of this SAP earnings presentation for more.

– Oracle’s numbers fall somewhere in between. Oracle breaks out new sales from in-fill sales. The former revenue numbers are down while the latter are up (see graphic below – data provided by Oracle).

On-premise vendors may see some growth in sales but shouldn’t we ask why? SAP admits that sales of Business Object products are doing very well today. Oracle’s in-fill sales are doing alright, too. Does this mean that real revenue growth is coming from cross-selling acquired products or that existing customers only need a couple of add-on products?

The affect of acquisitions is something that makes ERP market forecasts tough. Oracle, SAP and even NetSuite have made acquisitions. Oracle is far and away the leader in the sheer number of deals done (e.g., Sun MicroSystems, Hyperion, IRI, Datalogix, PeopleSoft and many more). SAP has made fewer, usually smaller, deals. NetSuite has acquired both OpenAir and QuickArrow.

Real growth of the core ERP applications (e.g., Accounting, HR) does appear to be in decline for the on-premise vendors and replacement SaaS revenues in these firms do not appear to be making up the slack. Yes, SAP saw new product sales increase in its last quarter but maybe all of the prior sales declines may not be solely the fault of the economy.

In research I’ve been doing the last few weeks, I’ve spoken with CIOs and key executives at many large firms. These people are buying SaaS applications from firms like Workday and Salesforce.com . They’re not buying on-premise products. One executive told me how he even had a license for an on-premise application from SAP but Workday’s SaaS application had a far less expensive five-year TCO. SaaS vendors need more complete offerings to really hurt the on-premise providers but they are using their platform technologies to create all new apps quite quickly.

This market appears to be moving and we’ll need to watch more earnings results and sales announcements to see the trends unfold.