Pimping Your Fish at DemoCamp Toronto 25 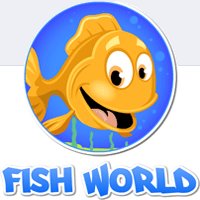 After we heard from Gurbaksh Chahal, the rest of DemoCamp proceeded as usual. We were in the Ted Rogers School of Management, part of Ryerson University, in a really great lecture hall space that seats a few hundred people; it seemed like most of the seats were filled that night.

First up was Albert Lai of Kontagent. Albert demoed at the first DemoCamp and has appeared at at least one other. He seems to get a bit of a pass from the organizers: this time, as with the last time that I saw him, he had no actual demo – which is typically a requirement – but a lot of slides talking about social games.

After that, it was mostly Facebook night at DemoCamp: four of the five demos that followed were Facebook applications.

Next up was Mark Zohar of Scenecaster, showing the My 3D Cards application on Facebook. It uses the 3D foundation that they’ve built for enterprise projects, and used it to to take Facebook content and other rich content (video, photos, external links) to create a 3D rich media greeting card, displayed in a 3D application running in the browser using a custom Flash viewer. The idea was to show an immersive, engaging presentation of content for a specific purpose. The second app that he showed was Causes, which creates 3D content posted to your Facebook wall related to charitable causes. For causes such as Red Cross and WWF, it shows an “I donated” card with your picture, links to video about the cause, and a link to the donation site. They’re also working on an app for virtual gifts, using animated 3D, supporting multimedia and user-triggered animation; in the future, they’ll be looking at branded virtual gifts, too. In addition to their own apps, they’re syndicating their apps to other developers for other vertical applications; the first of these being developed is a 3D yearbook. These will be premium offerings, directly monetized within Facebook. They have a team of 5-6 dedicated people, using AWS, EC2 and S3 cloud-based content, composited at the client.

The demo that gave me this post’s title was by Greg Thomson of Tall Tree Games, showing their Fish World Facebook app: you can buy, raise and feed fish in a tank. (The friend I was there with turned to me and said “hey, my son plays with that!”) The focus of the demo was on monetization, a key subject for Facebook app developers: in this case, tanks are monetized through a variety of purchases, including fish, themes (including seasonal and holiday themes), plants, music and food. It uses two currencies: Facebook internal “coins” and fishbucks, which are actual purchased currency, at 5 fishbucks per $1. They find that they need to release new content a couple of times per week in order to maximize consumption; this is often done by creating a need (e.g., tank gathers algae, friends can steal fish), then selling a solution (e.g., algae-eater, security fish). They’re using analytics for targeting specific audiences, and in spite of my friend’s comment about how her son (who is under 10) plays with this, Thomson said that their primary demographic (75%) is women 20-35 years old. Huh?

Greg Balajewicz of Realm of Empires was up next, showing their massively multiplayer online strategy game on Facebook: you start with a village, build it up, recruit troops and so on. Everyone in the game is an actual person, with the game ongoing 24×7, and you can collaborate with others to plan battles and other campaigns. They have about 80k monthly active people in the game, 20k active daily, and although the game is free, they monetize with premium features that save you time in the game (e.g., a larger map view), but don’t explicitly advance your position in the game. They also have a standalone app, currently not monetized although they might offer a premium feature like this within the game, that allows any player to get a world view of all villages. They’ve done this with a small team and the three founders, with most people working remotely from each other and communicating using Skype. The game is targeted at men aged 25+; it can be played effectively in as little as 15 minutes per day. About 60% of their current players are in the US, 30% in other western countries, and a significant southeast Asia population at 7%.

Oz Solomon of Social Gaming Studios showed us their two seasonal apps: My Year in Status, and My Year in Photos. My Year in Status allows you to capture your year through your status: select a style, add a caption, and it generates a (text) collage of your status updates from 2009; you can customize and publish it to your news feed. My Year in Photos picks 16 photos from your 2009  photos (you can choose others if desired), then generates a photo collage for your news feed and photo album. Unlike the other apps, which are looking for steadier, constant growth, the seasonal apps had to spring into action for only a short period over the year end. They had 11M people use the app in a three-week period, with over 45 collages generated every second; it was the 3rd fastest-growing Facebook app for the week of Dec 21st after being covered by the mainstream media. About 80% of the users are women. They started work on the app on November 13th, launched it four weeks later, then had to do three server upgrades in a week to keep it up and running: they are using their own dedicated servers rather than cloud infrastructure. They found that seasonal apps are good for capturing viral streaks, but it’s best to build them on frameworks and code that you’ve developed for stable apps (such as their existing Status Shuffle app) in order to allow for fast development. Also, you can typically reuse these apps the following year, with some minimal-cost tweaking to keep them fresh. One interesting thing that he pointed out is that for the My Year in Status app, they fixed their #1 complaint, which was the lack of ability to choose which statuses were used, and found that although it reduced complaints by 80%, it only increased conversion rates by 2%: keep in mind that your most vocal detractors may not be that important to your bottom line.

Last up was Roy Pereira of ShinyAds.com, with the only non-Facebook app of the night. ShinyAds is a self-service advertising platform for web publishers that passes through more of the ad revenue to the publisher than other ad platforms such as Google AdSense. It’s not an ad network, but a tool for the web publishers to interact directly with advertisers. Advertisers can create their own advertising banner using a wizard-like interface: add or create a banner image, set the ad budget, set the click-through destination URL, set start and end dates, and target by geography. Once the ad is approved by the publisher, it’s inserted into the publisher’s ad server, or can use the ShinyAds ad server. Payments are made automatically to the publisher based on actual metrics, with the publisher interface includes a view of metrics and analytics.

All in all, a great DemoCamp, and the venue was excellent. I had stopped attending after a few disastrous nights in too-small venues (usually pubs) with crappy AV and wifi, but this has me back as a convert.