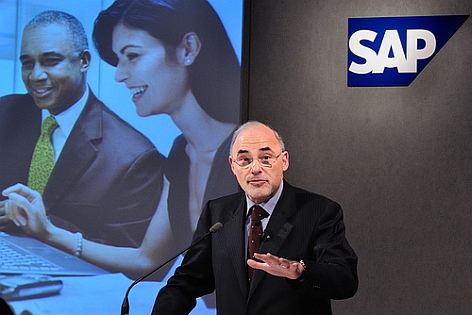 The official press release itself is terse:

“The new setup of the SAP Executive Board will allow SAP to better align product innovation with customer needs. The new leadership team will continue to drive forward SAP’s strategy and focus on profitable growth, and will deliver its innovations in 2010 to expand SAP’s leadership of the business software market,” said Hasso Plattner.

The SAP Supervisory Board thanks Léo Apotheker for his enormous contribution to the success of SAP, which he joined more than 20 years ago, and wishes him all the best for the future.

SAP has suffered in recent years from a combination of strategic missteps and the bad economy. As a result, the company has experienced weak financial performance and lost several public relations battles.

Jim Hagemann Snabe is a product guy while Bill McDermott represents sales. In theory, this combination could work to SAP’s benefit, but, of course the devil is in the details.

My take. SAP needs a clearer, stronger sense of leadership and direction at this critical point in its history. The company face large competitor, Oracle, on one side and a host of smaller software as a service (SaaS) competitors on the other.

It is now up to Snabe and McDermott to enact customer-friendly SAP legislation and bring product innovation to the market.