Layoffs are bad for service firms 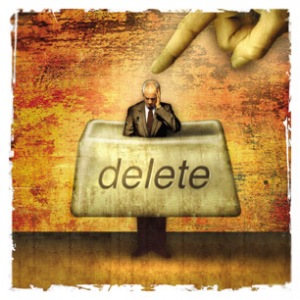 This week’s issue of Newsweek has a must-read cover story. It’s titled “Layoffs are bad for business” by Jeffrey Pfeffer. Except for situations where businesses are facing permanent structural changes to their industry or company, layoffs are often the result of poor management, poor management planning or knee-jerk allegiance to short-term earnings to appease Wall Street expectations.

The Newsweek article starts off by telling this one instructional vignette. It tells how Southwest Airlines chooses not to layoff employees post-9/11. Turns out, they were the only major carrier who didn’t and now they are the largest domestic carrier with a stock valuation in excess of all other carriers combined. Mr. Pheffer then adds a remark made to him by the former HR head at Southwest: “If people are your most important assets, why would you get rid of them?” Service firms often tell me that their people and their reputation are their most important assets. But, the numbers of service professionals laid off tells me that service companies don’t think much of jettisoning their ‘assets’ and they don’t seem to see a connection between their layoffs and their reputation.

Today, I was on a call with colleague Dave Hofferberth of SPI Research and he related to me the story of how a service firm he tracks made cuts for the recession and now faces a conundrum. They made the cuts to maintain (and actually improve) the margins expected of them by Wall Street. Now, as business is picking up, they have too much work and too few employees. Their problem today is that they don’t want to hire new employees as these people will not be as chargeable in the near-term as they come up to speed. That lack of chargeability will depress margins in the short-term. But, if these people aren’t hired, then the current staff complement will start to revolt under the overly burdensome workload.

I’ve heard the same story at another firm, too.

Years ago, in my early consulting days, my employer would shift resources from one economically challenged market (i.e., a region, an industry, a country) to another where work was more abundant. Yes, that meant the consultancy took a bit of a hit in added travel costs for the out-of-town workers but these temporary market movements were not going to impact the long-term success of the firm.

I was in an office at the time that was reeling from a major dropoff in work to the energy sector. About 40% of my colleagues were re-deployed to projects in the Northeast and Midwest. About 18-24 months later, the price of oil recovered and business was booming in our neck of the woods. Our office got its people back with a lot of side benefits:

I saw this cycle repeat itself several times…