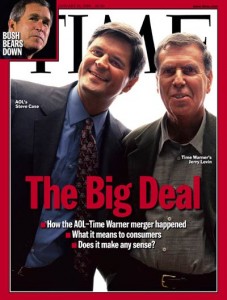 Like most of my online friends, I love shiny new toys, and as soon as I got Google Buzz I played around with it in Gmail (web and mobile) – and wasn’t overly impressed.  It initially struck me as a FriendFeed-esque aggregator of other sources (notably Twitter) with some commenting capabilities of its own.  Last but not least, it also struck me as a bit of a mess.

Much like Google Wave – which I to this date have not found any real use for – I played around a bit and quickly tired of Buzz.

Then I happened to take a visit to Google Reader, and things got more interesting.  I noticed that those I had followed in Buzz, I was now also following in Reader – and those people were effectively curating new and interesting content for me.

I also took a look at PicasaWeb and looked to see if the same thing had happened – and while there were no automatic suggestions there, under ‘Suggested Favorites’ were many of the same people.

Hopefully you get the picture.  Buzz isn’t just another Twitter/Facebook/FriendFeed/etc… clone or wannabe.  Rather it’s both an aggregator and a linking mechanism by which I can choose those with whom I want to be connected – and how deep I want those connections to go.  In other words, Google aspires to own the infrastructure of the social web – and Buzz is the point of that arrow.

There have, of course, been suggestions that Buzz is a Twitter-killer.  First of all, let’s face it, Twitter has become a popularity contest.  While I do try to follow back anyone who looks like a real – and thoughtful – person – that has caused Twitter to become simply too noisy to go there much anymore.  Thus, I rarely look at my ‘main’ feed anymore – although I do use Lists as a way to curate those who I truly care about.  But while Lists have helped, fundamentally Twitter is a system that gets less useful as it gets more popular.

Twitter Search also, at least for me, stinks.  Every time I try to find a Tweet either I or an acquaintance wrote more than a few weeks ago, I almost always have trouble finding it.  The one thing – the only thing really – I use FriendFeed for is the Twitter Search that Twitter can’t seem to deliver.  If Buzz can do that, all the better – I can do my searches right in Gmail.

As a matter of fact, I can start to do all my searches inside of Google properties.  If I’m headed to an unfamiliar city and have a hankering for a burrito, open opinions of the Yelp variety might be nice, but knowing that trusted friends of mine have been there is even better.

The real target of Buzz clearly seems to be Facebook.  My ’social’ world essentially consists of two types of people – my online, social, early-adopter (mostly) professional contacts who are on both Twitter and Facebook, and my family and friends from other places in my life who are on Facebook but have perhaps heard of Twitter, but certainly aren’t engaged. In other words, Facebook is becoming ubiquitous – the platform for interconnecting true friends – not just building mutual follow-back numbers.

Facebook is fun, Facebook is popular, Facebook has momentum, and Facebook will likely have a huge IPO in the not-too-distant future.  But history repeats itself, and there are a number of things happening in 2010 that remind me of 2000.  While Facebook has become a lot like AOL – a very popular and highly valued network that the technorati may sniff at, but which has massive mainstream appeal – it also has the same Achilles heel – its ‘walled garden’ structure.  Jason Kottke did a great post on this a few years ago that has stuck with me – Google could be the attacker that manages to turn Facebook ‘inside out’.

In other words, Google appears to be betting that taking the ‘open aggregator’ approach (even if it’s not really open)  will erode Facebook’s subscriber advantage much like the open web eroded AOL’s.  If that happens, Facebook may need their own version of Jerry Levin.

As for Twitter, the most speculated deals rarely happen, but Google already proved with YouTube that it will gladly pay up for leadership.  I’m not necessarily sure they need Twitter at this point, but acquiring the company would undoubtedly give the Buzz initiative an even quicker jump-start.  At this point, the only thing that appears to stand in the way of Google acquiring Twitter is someone else getting there first.

One response to “Beyond Buzz”