China: Red Chips and a New Type of Supply Risk 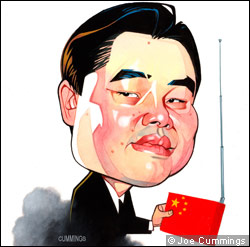 Corporate scandals and arrests in the West often skirt the business headlines, making news one hour and quickly getting buried the next. The case is a bit different in China, however, which appears constantly ready to point a figurative finger at the corrupt practices of a certain class of executive: the entrepreneur. Given this, when it comes to supply risk management in China, it’s important to do your homework around the ownership structure of the companies with which you work. More on this in a minute.

First, the news. From a Wall Street Journal article we learned that “Huang Guangyu, once China’s richest man, has been formally indicted on charges of insider trading, illegal business dealings and bribery.” While this is unremarkable on the surface, the piece quickly digs deeper into the matter.

According to the article, “His wife and brother have also disappeared, although there was no word on whether they too had been indicted.” What’s more interesting is that Mr. Huang did not play by China’s traditional business rules. The first rule he broke is that he did not come from the party establishment into the private sector, but rather was “a rags-to-riches entrepreneur who left school at 16 [and proceeded to build] Gome Electrical Appliances Holdings Ltd into China’s largest electronics retailer.” The rags-to-riches story even has a bit of a Spend Management angle: “He got his start in business by buying cheap radios and other electrical gadgets from factories in his native Guangdong province and hawking them on the streets of Beijing.”

But Mr. Huang did not, as they say, have the best guanxi with the government, as his arrest implies. Because his organization(s) were not unofficial “Red Chip” companies spun out from or held by the government, it was incumbent on Mr. Huang to scratch the backs of all those in the party organization that needed it, when they asked for it (which he clearly did not)…