IT failure? Blame your CEO. 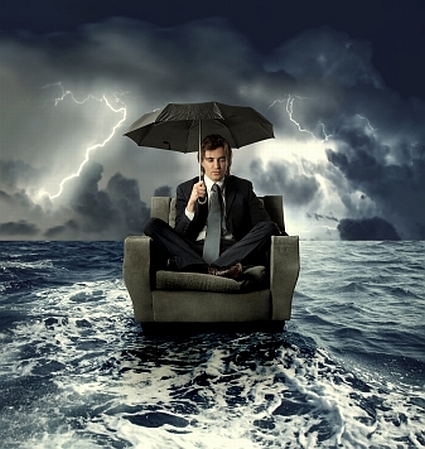 There is no simple formula for achieving success on business transformation projects such as large IT initiatives. One primary reason these projects are complex is because they cross organizational boundaries and departments.

Most discussions about IT failure highlight project management tasks and budget control as key determinants of project outcomes. In a departure from traditional thinking, however, two recent articles emphasize the CEO’s role in determining the outcome of IT initiatives.

Information Week’s Bob Evans raised this issue in a piece about Mark Hurd, CEO of Hewlett-Packard:

But I want to focus on a startling correlation [Hurd] made about the role that customer-side CEOs play in situations where a company’s IT is bloated, backward, expensive, and ineffective:

“Because I’ll tell you, I don’t know how many CEOs are in the audience here, but when you show me bad IT—and I meet a lot of CEOs, and do a lot of talks in front of CEOs—and I get a lot of CIOs who tell me how bad their IT is. My first reaction—to be very frank—is it’s probably a bad CEO, as opposed to bad IT.”

Along the same lines, SAP consultant, Caroline Olsen, wrote an impassioned (and somewhat bitter- sounding) plea for CEOs to take their own projects more seriously:

I have spent over fifteen years assisting you, including seven years in various SAP Project Rescue initiatives around the world.

Your SAP projects, so important for your business and the already harmed global economy, have no importance to most of you.

You excel in the art of improvisation and hypocrisy.

Your CEOs are notably absent while your CIOs radiate smugness.

Despite the bitter tone of Caroline’s comments, her sentiments echo those of HP’s Hurd: it’s time for the business to take greater responsibility for IT success. Also note that Caroline mentions SAP, but this generic enterprise issue goes far beyond any particular vendor.

It’s easy and tempting to view IT as somehow unique or distinct from other business domains. However, that’s an erroneous view rooted in the origins of IT as a technology-driven discipline.

High priests and exclusivity. In the early mainframe era of white lab coats and punch cards, delicate and expensive computing equipment was by necessity set apart from the business as a whole. In those days, computing was a complicated and expensive resource, run by an exclusive group of expert “high priests.”

The July 16, 1984 issue of InfoWorld magazine described this separation between centralized IT (called MIS in those days) and the business as a whole:

Before the micro revolution, computers weren’t purchased by individuals and generally came with a caste of high priests who ran them…. Software was written by the neighborhood temple of high priests and turned over to your high priest.

Business / IT integration. Today, the era of IT separation and high priests is over. For most organizations, information technology is a core business function that is no different from any other operating activity.

I discussed this perspective with Paul Ingevaldson, former CIO of international retailer, Ace Hardware, who told me:

If the officers of the company are involved with determining the IT agenda, why should IT be aligned with the objectives of the company any less than the sales, legal, or manufacturing departments?

Sometimes upper management mismanages IT, which does what it thinks is best, but not necessarily what the company needs. That’s the source of the alignment problem. Management structure causes these issues rather than the individual tactical issues related to a project.

I also spoke with Jennifer Allerton, CIO of Swiss pharmaceutical giant, Roche, about this topic. She expressed the view that IT is an integral business function:

Historically, the CIO placed multimillion-dollar bets on uncertain technologies and therefore had to be a technology expert. Today, the CIO’s role should involve 80% business and 20% technology.

We’ve done a disservice to ourselves by using three-letter acronyms to create a myth around IT, when technology investments are actually no different from investments in other parts of the business.

I asked Chris Potts, Corporate IT Strategist and author of the book, fruITion, for advice to CIOs on dealing with these issues:

Here are three tips to help convert your CEO’s understanding of where IT fits into the bigger picture:

My take. Increasing your CEO’s commitment to IT as a business function requires persistence, dedication, and coordinated action. Although few observers discuss the CEO as a primary driver of IT success or failure, it’s time for that to change.

How would you train the CEO for IT success? Please share your thoughts in the talkbacks.