Oracle Plays with the Fire that Burned SAP 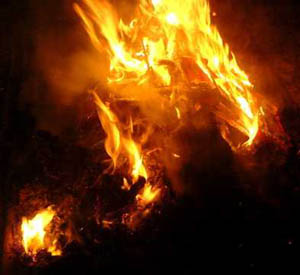 There’s nothing sweeter for a blogger than irony, and the news that Oracle shut down a popular — and perhaps a little too honest — support blog run by an internal Oracle employee provides buckets of blog-worthy irony. Irony is all in the timing, and Oracle couldn’t have picked a worse moment to exercise some internal social media discipline and watch it start to spin out of control.

The problem for Oracle — regardless of whether this was a calculated beheading or an inadvertent stumble, and it’s not certain what actually happened  — is that the move threatens to draw attention to Oracle’s maintenance and support policies — and prices — in a most unwelcome way, especially if you’re Oracle. For the last two years, Oracle has sat snickering on the sidelines as SAP has been rightfully flogged for making changes to its Enterprise support policies that many customers saw as anti-customer. The backstory was always more complex than it looked: SAP had moved to bring its maintenance costs on a par with Oracle, and others, but did so in such a ham-fisted way that any possible benefit for the new support regime and the improvements that SAP has made in its development and implementation processes were buried in the squawking about higher costs. The fact that the worst recession in most of our lives showed up on the heels of this decision only made things worse.

Meanwhile, Oracle sat quietly soaking up the negative publicity that consumed its archrival and poisoned relations between the user groups and SAP, all the while avoiding any real scrutiny of its own policies, cost structure, and upgrade/implementation strategies. It was one of those glorious PR moments when a competitor takes a length of rope and skillfully fashions a noose out of it, kicks open the scaffold, and then, just to make sure the point is well-taken, rises phoenix-like from PR hell to do it again and again. You can’t buy that kind of PR for love nor money, no way no how.

The irony is that this self-inflicted lynching by SAP may be over with the new management team announced last week. It’s no secret that former CEO Leo Apotheker had a difficult relationship — to be generous — with SAP’s user groups over this issue. The decision last month to move to a two-tier support regime — effectively bringing back the lower-cost standard support that SAP had canned two years ago — also included the unilateral canning of a KPI process, developed after painful negotiation with SAP’s international SUGEN user group, that was intended to showcase the actual value of SAP’s maintenance and support. To say this inflamed the already angry user group is another generous statement.

I think it’s safe to say that the two new co-CEOs, Jim Hagemann Snabe and Bill McDermott, know that there’s some serious repair work to be done on this issue, and that they’re the right guys to  do it.  I would expect some visible action on this issue to be high on Bill and Jim’s priority list for the next few months.

So, et tu, Oracle. History’s lesson is there in front of you to be learned or ignored at your peril. Asking customers for a 22% annual maintenance fee comes with a lot of obligations, including a perpetual effort to highlight the value of the figure and not do too much to draw attention to its actual cost. Even if there was a “good” reason for killing the blog, that’s not the point. SAP had lots of good reasons for raising its rates, but they got lost in the sound byte uproar over the cost increase. Similarly, Oracle better watch its PR p’s and q’s before the closing of a key support blog becomes the catalyst for the kind of story that puts the schadenfreude on the other foot.  It’s always the friendly fire that hurts you the most.