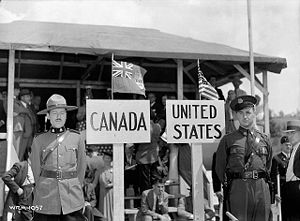 I’ve spoken with a lot of cloud-based BPM vendors over the past few years, and I inevitably ask where their services are hosted. Since almost all of these are American companies, or are primarily targeting the American market, the answer is, almost inevitably, in the United States. I continue to point out that that’s a problem for many non-American companies: my Canadian customers are mostly financial services and insurance, and not one of them would consider hosting any of their data – even non-executing process models – outside Canada. Yes, I’ve asked them. Similarly, many EU companies require that their data be hosted in the EU. The problem is not, as many believe, safe harbor regulations that attempt to bring US data privacy in line with the stricter laws of other countries; it’s the Patriot Act, which allows U.S. intelligence and law enforcement authorities to view personal data held by U.S. organizations without a court order, and without informing people or organizations that their data has been shared. This is in violation of Canadian privacy standards, as well as those of many other countries.

Yesterday, I had the chance to speak with someone at Human Resources and Skills Development Canada (our federal department dealing with labour and employment, which is pretty big due to the social benefits such as unemployment insurance and government pensions that we enjoy). They’re doing process modeling on a large scale across their department, and looking at how they can collaborate with other departments. Currently, they collaborate on process models using desktop sharing software for real-time collaboration between a modeler and a mentor who is helping them on a process, plus an internal repository and web publishing of the process models for viewing. I asked if they would consider using something like Lombardi Blueprint or one of the other online process modeling environments that are emerging, and he said, unequivocally, “only if it’s hosted in Canada.” I’m not sure if that’s an explicit Canadian government policy, but that’s their practice.

So to all the vendors who think that geography doesn’t matter for hosted solutions, a news flash: geography does matter if you plan to sell to non-American companies.