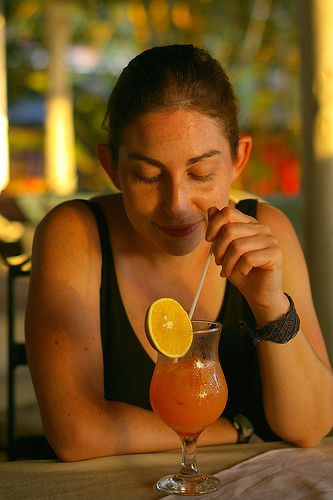 Everyone else seems to have gone with the Sunset, so I figured why not call out Sunrise instead… while some Sun technology is going to get nuked, and some people too, there are still plenty of solid assets to consider when parsing what Oracle is going to do.

One advantage of being a couple of days late, unlike my real time colleagues, is that the picture became a little clearer- certainly in terms of what Oracle is prepared to kill. As developer advocates, RedMonk can’t help be a little disappointed that Oracle is evidently laser focused on on traditional purchasing behaviours rather than adoption-centric IT. But then we knew and expected some of our friends would take a hit. And this is no time for sentiment.

Exhibit A- Kenai getting whacked. Kenai was an interesting project, which offered instant deploy from Netbeans to a Cloud infrastructure. It was well liked by developers. Unlike the “winner” Java.net.

Larry Ellison, like Bill Gates, has a bad case of mainframe envy. Both of these guys see IBM System/360 as the good times, the industry’s utopia. Larry made this point abundantly clear in a quote called out by both of my colleagues:

Cote mentions “one throat to choke”. But never mind Too Big Too Fail… What about Too Big To Choke?

Clearly Oracle is in an amazing position now in terms of its assets and account control. Ellison always wanted to take IBM on head to head, but may even have an advantage over its East Coast Competitor- if business application market share can be converted into stack marketshare – for example if Oracle can persuade customers to swap out their WebSphere application servers in favour of WebLogic. Oracle is making customers, let alone competitors, nervous by dint of sheer scale though, which could lead to an unwillingness to put any more eggs in the Redwood City basket. Oracle will also be trying to persuade customers to kick out EMC storage hardware and storage management software, and Dell, HP and IBM servers and storage too. Serious margin maths- Oracle will be calculating what competitors share can be eroded. My money is on EMC as an obvious target.

Customers – I would say don’t make any hasty choices. Oracle still has plenty of decisions to make, and has shown a fairly pragmatic approach to its application customers’ middleware choices. Use open source as your “Amdahl Mug” when you’re negotiating with the New Stack players. Open Source is a personal trainer for proprietary.

disclosure: IBM and Dell are clients. EMC, HP and Oracle are not.