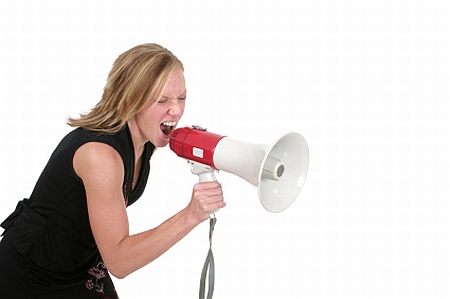 Many social networking services, such as Twitter and Facebook, present so-called “connection” or “follow” relationships as public statistics, hoping to motivate (or manipulate) higher usage among participants.

Social media users in the enterprise often consider these connection and follow metrics helpful to determine the relative importance (or influence) of social networking participants. For example, a CIO using Twitter to raise the external profile of his organization may naturally reach out to users with the highest follower count.

The large number of tools that measure influence on Twitter points to a general fascination in this topic. However, a growing body of thought suggests that follower count alone is not a meaningful measure of influence or importance.

Tweetlevel, developed by Jonny Bentwood of Edelman PR, is one of the most sophisticated Twitter measurement tools. It considers a range of factors that go far beyond mere follow counts. In addition to an overall score, Tweetlevel reports on user’s influence, popularity, engagement, and trust. 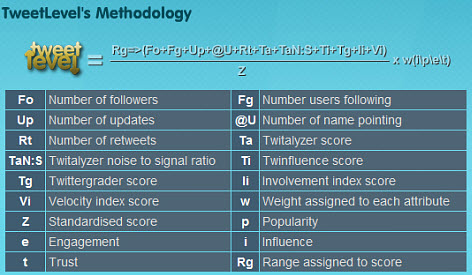 Bentwood, who is an analyst relations professional, applied Tweetlevel scores to rank 500 industry analysts on Twitter, based on both influence and engagement scores. From Bentwood’s perspective, obviously, an analyst’s level of engagement with other Twitter users is a highly significant variable. 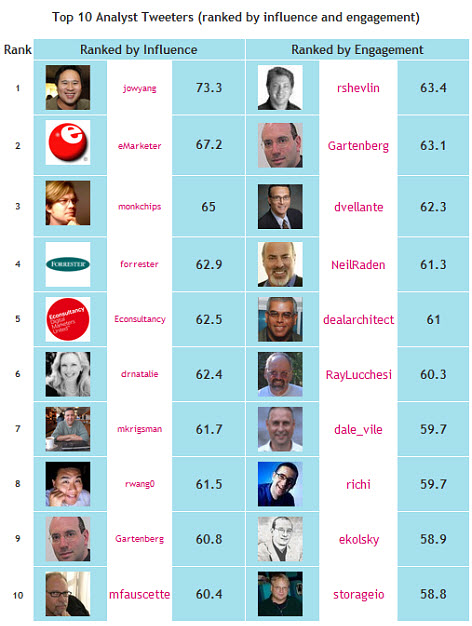 Online networking via Twitter, Facebook, LinkedIn, and a zillion other similar services play an important communication role for millions of individuals. For the enterprise, social networking is a critical channel to reach customers (Social CRM) and an essential tool to support collaboration and efficient work processes (Enterprise 2.0). For these reasons alone, the enterprise must understand influence in this growing world.

It’s tempting to use simple metrics, such as follower count, to determine a user’s influence. However, in determining influence, we should consider whether a user’s followers actually listen and act upon recommendations from that user.

To understand a user’s real influence, we must examine the extent to which he or she plays the role of “nexus leader” in a specific social networking community. Nexus leaders possess two key qualities:

While Tweetlevel does an excellent job distilling these qualities into comparative metrics, use caution when examining the scores. Although they appear authoritative, Tweetlevel scores primarily reflect the opinions and views of Jonny Bentwood and Edelman. I asked Jonny about this, to which he responded: “[U]ntil there is a standard we’ll have to work with what we’ve got.”

Although Jonny’s response his fair, I do advise taking Tweetlevel, and similar metrics, with a grain of salt.

My take. The importance of social networking in the enterprise will continue to grow during coming years. To use these tools effectively, the enterprise must develop a deeper and more complete understanding of the dynamics around influence, followers, and nexus leaders.