Will a Return to Automotive OEM In-Country Sourcing in the UK Signal Something Larger?

I won’t ever forget the shot heard round the global-sourcing automotive world when GM told its suppliers that they’d have to meet a “world price” for given parts and components if they were to remain suppliers to the then automotive giant. Others across industries and geographies followed in GM’s footsteps, looking to China, India, Brazil, Mexico and other countries to determine a “world price” for given purchases. Flash-forward to just over five years later, and in-country sourcing founded on a philosophy of total cost and supply risk appears to be coming back in vehicular vogue, at least in the UK. According to a recent study on the topic,”Britain’s automotive sector supply chain received a shot in the arm … with the news that UK-based volume car manufacturers want to source more locally built components … the majority of volume car manufacturers with UK plants are showing a strong interest in sourcing more from home based suppliers.” 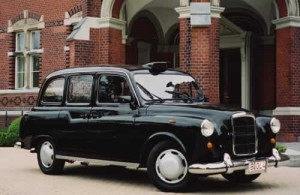 Why do UK automotive companies want to source locally produced content? It all comes down to total cost (vs. unit cost) and reducing supply chain risk. To wit, the reasons they cited include: “the benefit of favourable exchange rates, minimising the vulnerabilities and logistical costs associated with an extended supply chain, the UK’s labour flexibility and positive industrial relations, and sourcing new technology for ultra-low carbon vehicles.” Labor flexibility? I’m not so sure on that one, but with an unemployment rate approaching 8% (still less than the US), perhaps UK labour is becoming more flexible than its collective-bargaining counterparts across the Atlantic.

One response to “Will a Return to Automotive OEM In-Country Sourcing in the UK Signal Something Larger?”