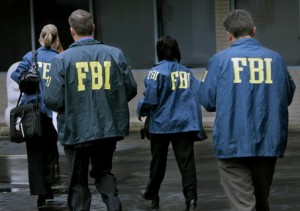 Earlier today, the news broke that government officials in the US, EU and Japan recently searched the offices of a number of Toyota suppliers that may be involved in cartel-like activities. According to The Wall Street Journal’s summary, “Investigators raided the offices of auto-parts suppliers tightly tied to Toyota Motor Corp. in recent days stemming from a probe in alleged anticompetitive practices.” A spokeswoman from the US Department of Justice (DOJ) quoted in the article further suggests that, “The Antitrust Division is investigating the possibility of anti-competitive cartel conduct of automotive electronic components suppliers … We are coordinating with the European Commission and other foreign competition authorities.”

Suppliers said to be at the subject of the investigation include: Yazaki (whose transliterated name sounds ironically similar to “yakuza”, the name given to organized Japanese crime syndicates), Sumitomo Electric Industries Ltd., Furukawa Electric and Denso. But the important question to ask in this case is not “who” but “how” and “why” in the context of Toyota’s overall procurement and supply management strategies.

Toyota is known for a number of procurement practices. They pioneered, among other techniques, the preferred split of business approach amongst a small group of suppliers, awarding procurement volume based on an 80/10/10 or 60/20/20 rule or similar split percentages thereof. This model concentrates spend with a top supplier while giving just enough to others to create secondary options for the same part and component families…