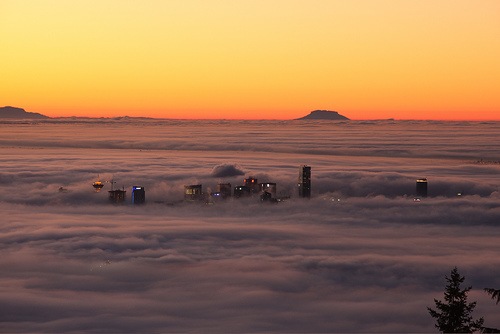 I have been meaning to get a few ideas down about Philip Balls’ Critical Mass: How One Thing Leads To Another for a while. After all, it pretty much blew my head clean off. I totally loved the book – its changed my thinking more than any work of recent time. How I got to the age of 38 without having a real appreciation of statistical physics is beyond me. But the value of the book is that it made me want to dive into exactly that discipline.

That’s the thing. When I was 16 I made a choice – either Maths with statistics or mechanics. Given I was studying Physics and Chemistry, mechanics was clearly the right choice. Doh! nobody explained what Statistics actually was- I just thought it was boring crap that sociology types indulged in. I know. I know. So when Ball pointed out the the Gas Laws were based on statistics I was floored. Really? How could I not know that? Ball brings the world of Hooke and his associate Boyle into life and more importantly into context.

Talking of discipline – its a big book: Cote’ was pretty shocked when he saw the width of it – its 600 pages plus. But its well worth the deep dive into Long Form writing. Not everyone agrees – James Buchan slammed it in a Guardian review. While I would agree Critical Mass finally gets a little flabby in the last two chapters- up to that point its entirely riveting.

It’s a big book and it’s necessary to bear with Philip Ball through the rather (aptly?) ponderous chapter on Hobbes’ Leviathan up front, but once he gets into statistical physics he takes off.

There’s a lot on economics, on political power, globalization and even the Internet. Again and again the book comes back to the way that mass human action has some resemblances to the physics of large quantities of interacting objects. In physics this has produced a lot of theory based on statistics that does very well at predicting what will actually happen. When it comes to the human world, not entirely surprisingly, things are more complicated. Not only are most human masses not closed systems – so you have to take into account the impact of external forces – but a single individual can have a huge impact. When you are looking at gas molecules you aren’t going to have a Jesus or a Hitler – we, on the other hand, can expect that.

Funnily enough, if you read Malcolm Gladwell’s Outliers (a lovely amuse bouche compared to the epic meal of Critical Mass) it becomes abundantly clear that it makes perfect sense that a single individual can make a massive impact- if they are in the right place at the right time, connected to the right people and with the right background. Some atoms in a gas move at incredibly high speeds (its a normal distribution). These are the outliers. But we can only really understand the average behaviour of a great number of such atoms.

Can we really understand aggregates of people in the same way we consider aggregates of molecules? Buchan comes across as a bit small-minded on this question. After all, while human networks are not “closed systems” – neither are physics and mechanics. Sure in Physics 101 we ignore things like the resistance of air in working out the behaviour of a bouncing ball, because we know real life is always more complex. But look at the massive investments made in simulating wind resistance in order to get accurate models of physical behaviours.

With the Internet the science of human breadcrumbs has utterly changed. Google is a counting engine. Twitter is a motherlode of behaviour we can mine. Declarative Living and Tag Gardening can let us “do the math”. Asymmetric Follow is just a scale-free network- but we have the maths at hand.

IBM and SAP are turning social maths into products, through social network analyzer products that parse email paths. If Enterprise 2.0 is to be anything it probably needs to be based on mathematical network theory. What’s the ROI of putting on your pants? Meaningless. But who is talking to whom about what, who was the most influence in a space – these are workable questions.

We make a virtue of ignorance. How many so called “social media experts” have read any network theory? We think we’re so smart. How may social media experts have any understanding of statistical physics? Probably a vanishingly small proportion. But science can teach us a lot if we engage with it. That’s the beautiful lesson of the book.