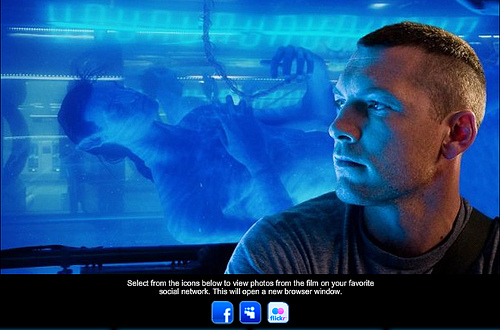 Earlier this week Adobe [client] announced support for Flash on the iPhone. Kind of.

The story has been covered pretty extensively by both Adobe haters and fanboys.

What do I have to add at this point? Not a great deal. But one thing struck me pretty strongly. Having argued in the past that Adobe could open source the core Flash runtime and still offer a solid user experience, but been told that it was verboten to fragment the runtime from a User Experience perspective I am still kind of puzzled about the decision to recompile from Flash development tools to ARM runtimes in order to get onto the iPhone. That is – Adobe’s “Flash Platform” Actionscript tooling now generates something other than Flash, thus – to my mind at least – breaking Flash portability. One unknown remains- what moves Apple will make with respect to Flash-like apps in the App Store. It all depends on how Apple feels, in this new world of the permission-based web.

We know that Apple can show some flexibility here. Phonegap [another client, just signed this week] are just a couple of guys making trouble with dev tools that allow you to develop in HTML and Javascript but then deploy to Android, Blackberry, and iPhone with native system calls.

An express goal of the PhoneGap project is for the project to not exist. We believe in the web and devices should too. The web is moving off the desktop and into the pockets of people all over the world. Phones are the new window to the internet and, currently, they are second class. PhoneGap aims to move your device to a nice first class window. With a foot rest. Maybe a pillow.

Apple banned these apps at first, but then relented so who knows what Apple’s next move will be in terms of Flash-Like apps.

I should point out there was plenty of really positive news from Adobe at its MAX conference. LiveCycle Mosaic ES2 for example is going to change the game in enterprise panes of glass for reporting, social tooling and data integration. Congrats to my friend Matthias Zeller, the guy behind the post-portal era portal, for bringing it home.

James Cameron couldn’t have made Avatar without Adobe tools – and movies are going to get more digital, not less, over the next couple of years. They showed us some rushes at MAX and I was pretty blown away. Mostly because it looks like Hollywood could finally make a decent first of Michael Marshall Smiths‘ Spares.

ColdFusion is now a full citizen in the Eclipse-based Adobe development tools. LiveCycle is too, now. Ben Forta’s teams are doing some really amazing integration work. I can’t help thinking Adobe is now planning seriously for life after Flash. ColdFusion is all about the Web. PDF is a really crucial enterprise standard, and Livecycle is a runtime Adobe can sell.

So why not open source Flash? Open source the core, keep building more around IP around it. Its a hybrid source world. Talking of world, I should also point out something that Silicon Valley firms seem to forget. There is a world out there where not everyone has an iPhone. It may be the only game in town, but its certainly not the only game around.

Android completely rocks, for example. At least it does on my HTC Magic.

And with Android what are you going to do – write off an open source ecoystem with craploads of phone manufactures signing up? Microsoft could buy RIM, the enterprise’s favourite handy, to get back in the game. Apple? The best packager of tech standards wins in any tech wave… but another wave always comes along.

Adobe is moving to the cloud, makes powerful tools, is about creating digital experiences rather than consuming them, and is making the transition from consumer to enterprise as others try and move from enterprise to more consumer-like. It will be fine. But Flash itself could never be enough to keep revenues coming in-because its free – whether on the iPhone or anywhere else. Where else are revenues? In the cloud, for one, – see my post on Adobe’s Omniture acquisition for more thoughts in that space.

Still thinking about this one – but I try not to confuse the future of Flash with the future of Adobe. Is it OK to “break” Flash? Apparently the answer now is yes.  Adobe has extended its world, but broken Flash compatibility. Flash Lite is dead. Long live Flash Like.