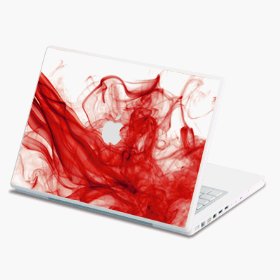 I’m typing this post on a state-of-the-art Macbook Pro. It’s silver (unpainted aluminum, to be specific) but depending on your CSR vantage point, it may as well be red. As in blood red. Just as it’s impossible to tell conflict diamonds sourced from war torn regions in Africa versus those untainted by suffering, it’s also impossible to know if my Macbooks — and iPhones for that matter — came from a factory employing child labor (or a facility that trampled on the free speech rights of journalists researching a story).

Even as someone who does not exactly describe himself as a social activist, I still thought about Apple’s supply chain SCR practices this morning when I fired up my notebook and made my first call on my phone. This is due to the fact that the news that continues to come out of Apple’s supply chain paints anything but a socially responsible picture about how Apple manages their suppliers and the standards by which Apple’s suppliers treat their employees. In the latest infraction, according to a Bloomberg article from yesterday, “Apple said three of its suppliers hired 11 underage workers to help build the iPhone, iPod and Macintosh computer last year, a violation it uncovered as part of its onsite audit of 102 factories.” In addition, “Apple also found three cases where suppliers ‘falsified records’ to conceal underage hiring, more than 60 facilities where employees were overworked, 24 partners that paid less than the minimum wage and 57 who didn’t offer all required benefits.”

The Daily Mail offers further commentary on what’s transpired in Apple’s supply chain of late. This story provides additional details about recent supply chain infractions including the story of an Apple supplier that had to send 62 employees to a factory after they were exposed to “n-hexane, a toxic chemical commonly used in technology which can cause muscular degeneration and blurred eyesight”. Moreover, Apple’s own audit report revealed that one of its suppliers “had falsified records for two years in a row in order to conceal that it was using child labour and overworking staff” and that “Apple has not stopped using those factories to make components.”

Only last week, I suggested in a post on Apple and Foxxconn, an Apple supplier, that it was ironic that “when it comes to supply chain risk, we remain so concerned about areas such as child labor and working conditions within company supply bases, that violations of rules governing either (with or without the buying company’s knowledge) can be absolutely disastrous from PR and revenue perspectives. Yet we don’t think about suppliers trampling the rights of reporters on public roads and carrying out physical assaults to intimidate them. Neither do we think about this kind of risk when local police are complicit in the act … It’s clear to me that the secrecy with which Foxconn operates is a direct result of a culture of fear with which Apple manages its supply chain.” This story was in reference to a reporter who was beaten up by Foxconn employees and the police when researching a story on a public road in China…