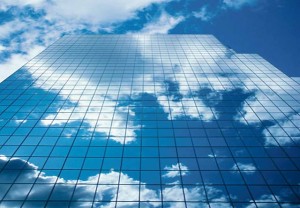 Having read (hat-tip Dennis Howlett) Randy Bias’ article at Kendallsquare on Debunking the “No Such Thing as a Private Cloud” Myth I have to say — rather like the apocryphal Irish direction-giver — if I’d wanted to make a case for private cloud, I wouldn’t have started from there. Randy and I joined a civilized conversation a few weeks back as a follow-up to my earlier post on this topic, and I fear he’s already forgotten every dam’ thing I said. So I guess I’ll have to reiterate it.

But first, let me (shock, horror!) make the case, such as it is, for private cloud. It looks like we’re stuck with the term, along with all the ugly implementations that are going to be classed under it and which I fear will ultimately lead to its becoming discredited — unfairly dragging the reputation of true cloud computing through the same mud as it does so. As you can see, I still distrust the term, mainly because it is so open to misinterpretation, and I shan’t be using it myself without heavy qualification and many caveats — which, by the way, should make for an interesting panel discussion with Verizon, IBM and others that I’ll be moderating at the All About Cloud event in San Francisco this May [see disclosure]. But I do see circumstances where it’s possible to make a case for implementing cloud-like infrastructure in a private environment, and Randy, despite starting his exposition from completely the wrong starting point, does end up making a statement about private cloud with which I can heartily agree:

“The private cloud model is a critical transitional step. It is an essential component to help larger organizations move their compute capacity to the public cloud.”

The thing that cloud purists and evangelists are too prone to forget is that most enterprises are heavily committed to existing investments in pre-cloud, on-premise infrastructure. These are assets they simply can’t afford to throw away or retire just yet. Very few organisations are lucky enough to be able to start over with a clean sheet and move everything to the cloud in one fell swoop. Therefore, for the next few years, the vast majority of them are going to have a hybrid IT infrastructure — some of it in the cloud, some of it not. This was an important takeaway, by the way, from my interview with SAP CTO Vishal Sikka, which I published recently. They’re going to need a way of bridging the two, and that’s where some kind of cloud-like private infrastructure may come in useful, to mediate between what’s already in the cloud and the other IT assets that are either transitioning towards the cloud or remaining on-premise…