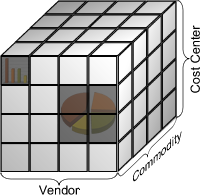 The other week, I had the chance to catch up with an old friend and colleague, Paul Martyn, who runs marketing in North America for BravoSolution. According to feedback I’ve heard from several parties who’ve looked at their tool recently, BravoSolution has one of the stronger supplier performance-management (SPM) solutions in the market, tied to an integrated sourcing and spend analysis suite (I’ve not seen a demo of it in the past year, so I won’t pass judgement on the current version). Yet like other providers, including Emptoris, which also has a solid performance mousetrap in this area, BravoSolution has found it somewhat challenging to build high-growth momentum around just supplier performance management independent of other solutions like, say, e-sourcing or spend visibility, which are often discrete purchases. One of the fundamental questions here is whether SPM should stand alone as a separate (yet integrated) technology and process, or whether it should be an extension of other areas. Quantifying the value of SPM is also a constant challenge.

I asked Paul to share BravoSolution’s philosophy around how companies should best think about defining and rolling out an SPM strategy, from a process standpoint. Sherry Gordon, a frequent Spend Matters contributor, has her own opinions on the subject, but my analysis suggests that there’s quite a bit of overlap between what companies like BravoSolution and Emptoris (to which Sherry sold her last company in this area) posit as the best way to approach the issue. In this series, I’ll share Bravo’s philosophy — which I think is a good one — about how to start making SPM a stand-alone but tightly coupled process inside a procurement organization, to give it the attention it deserves.

Regardless of whether you manage an SPM program manually in Excel (not preferred for various reason) or in a dedicated SPM application, the first step in rolling out a program is to put in place an overall performance scoring mechanism by which to measure and compare different attributes and suppliers. This may range between 1-5, 1-10 or 1-100. After this, it is essential to define how discrete scores represent a specific level of performance, and what kinds of attributes comprise meeting or exceeding a defined level. With these basic characteristics defined, the next task is to begin to capture and incorporate organizational supplier management and performance management strategies within a toolset if the processes were previously managed offline.