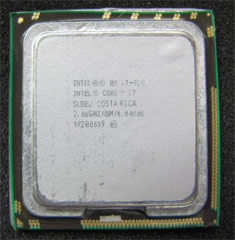 The issue of counterfeit parts in supply chains tends to focus on high-profile cases (e.g., A&D applications) that put lives directly at risk, rather than more mundane situations involving a range of parts or components that are part of the bill of materials for everyday industrial applications, appliances, consumer electronics and devices, and a host of other areas. But a recent article in Electronic Engineering Times suggests that counterfeit electronic components (in both defense and other industries) are on the rise. According to the story, “Incidents of parts counterfeiting reported by component suppliers, including companies in the semiconductor sector, shot up ‘dramatically’ to 9,356 in 2008, up about 142 percent, from 3,868 in 2005, according to the Bureau, which said China, Taiwan, the Philippines, Malaysia and India were identified as the primary sources of counterfeit products by suppliers surveyed recently.” Why is counterfeiting on the rise?

For one, it’s because suppliers know they can get away with focusing their energies elsewhere, paying limited attention to the issue. Still others, further up the food chain, assume that others in the supply chain are testing their parts. In reality, testing and authentication levels are less than what they need to be; moreover, the counterfeiting problem is compounded by a lack of traceability…