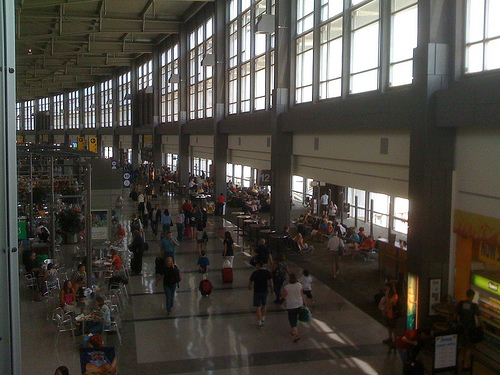 If it’s in your town, it’s not called “welfare”

Facebook may create 200 jobs in Austin over the next four years, thanks to a $1.4 million incentive from the state of Texas. The move would be the first major U.S. expansion outside of Palo Alto, Calif., where the company is headquartered, according to officials. The city has also offered the company a $200,000 incentive. Facebook is investing about $3.1 million to set up operations in Texas, according to Gov. Rick Perry’s office.

Passenger traffic at Austin-Bergstrom International Aiport was up 6 percent in January from a year earlier, the biggest gain in more than a year.

Tempest in a 5% teapot

I pointed Leigh at this post by Jeremy Allaire, founder and CEO of BrightCove, which gets into detail on the emerging battle between Flash and HTML5. As the post states, ‘there’s a lot of nuance here’ – and it’s by no means a foregone conclusion that Flash will be going away anytime soon. Also interestingly (and probably not coincidentally), $TIVO announced wide-ranging support for Flash this week.   In addition, Flash currently represents only about 5% of Adobe’s revenue and is dwarfed by the revenues derived from its desktop applications business.

Software in 3D by lines of code

Apple is a Mobile Device Company

Cook also pointed out that the majority of Apple’s revenues now comes from mobile devices (including laptops) or content for those devices. Indeed, if you look at the breakdown of Apple’s fourth quarter revenues of $15.7 billion, nearly $12 billion of that came from portable Macbooks ($2.8 billion), iPods ($3.4 billion) and iPhones $5.6 billion). And another $1.2 billion came from iTunes.

It was just over a month ago..