The IT failures blame game (part 1) 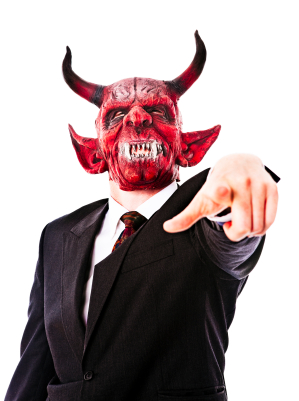 Few subjects are as controversial, emotionally charged, and fraught with misunderstanding as establishing blame for failed IT projects. Unfortunately, because of high costs associated with IT failures, some folks use misplaced blame as a competitive weapon to gain negotiating or political advantage.

Of course, no one wants responsibility for causing the large economic losses and associated legal risks that arise from failed IT projects. Therefore, project participants often use blame to obscure the truth of why projects really fail, hoping to redirect responsibility from themselves by shifting fault to others.

Since finger pointing plays a central role in obscuring the true causes of failure, the study of blame shifting is a critical topic for discussion.

These relationships become dysfunctional when project participants focus on their own goals to the detriment of shared project objectives. From this perspective, we can say that late and over-budget projects result when competition overrides cooperation among project participants:

The Devil’s Triangle explains how economic pressures can drive software vendors and system integrators to act in ways that do not serve customer interests. It also offers insight into the ways some enterprise software customers damage their own projects.

Projects succeed or fail based on how Devil’s Triangle participants manage built-in tensions among themselves. The likelihood of success increases when the three groups align their individual goals and expectations in a spirit of cooperation and mutual benefit. Conversely, implementations fail when greed, inexperience, or arrogance emerge as prominent motivations and one party attempts to gain unreasonable advantage of another.

In his book Why New Systems Fail, project failures expert and author, Phil Simon, explains why the Devil’s Triangle is a powerful tool for parsing relationships on IT projects:

[Each member of the Devil’s Triangle] has its own agenda and goals during an IT project; often the goals of each do not overlap sufficiently, increasing the risk of finger pointing and ultimately a failed project.

I have seen The Devil’s Triangle in action many times as a consultant and have written about it in my books, blogs, and longer pieces. Twelve years ago when I started working on system implementations, the notion surprised me. A bit naive, I couldn’t believe that everyone wasn’t on the same page.

Fast forward to 2010. Now, I’m surprised when I don’t see it. It really comes down to basic agency theory. Vendors, consulting firms, and clients each have their own agendas. In a perfect world, those agendas would entirely overlap and IT project failure rates would not nearly be as high as they are. While not exclusively the cause of so many botched IT projects, I can tell you from personal experience that The Devil’s Triangle causes inter-party conflict. It creates certain issues and exacerbates others.

Understanding the causes of failure is a foundation element for running successful projects. The Devil’s Triangle encourages all parties to acknowledge their responsibility and contribute to overall project success.

This post is part one of two in a series on understanding blame in IT failures. Please read part 2 now.