Four pillars of the transition to SaaS 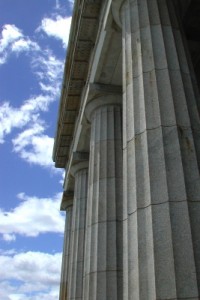 One of the most interesting phenomena to arise when you bring as-a-service providers together is the instant sense of camaraderie and a shared outlook. Barriers come down and people start to discuss their challenges and experiences, relieved to discover that others are encountering similar questions. It’s especially noticeable at gatherings in Europe, where opportunities to meet like-minded industry people are much less frequent than in the US. So it’s been a real pleasure to be able to host the first few meetings of EuroCloud UK (disclosure: of which I’m the unpaid UK chair and vice president in Europe). There’s so much to discuss that doesn’t get talked about at conventional IT industry gatherings, because so many of the issues SaaS and cloud providers are facing revolve around a business model that’s completely different from traditional software licensing and on-premise implementation.

EuroCloud’s next UK meeting, hosted at SAP UK headquarters, will look at four key elements of difference. They are all important components of the transition that established ISVs, including SAP, have to make when adapting to the SaaS model, but they’re equally pertinent to pureplay startups, whose management more often than not cut its teeth in a conventional IT business. If past meetings are any guide, these sessions will be a fascinating exchange of ideas and experiences between the participants as we explore these four pillars in turn.

Partner strategy. Probably the least resolved area of best practice in the as-a-service sector relates to partner strategies. It’s clear that providers have to work with partners — the notion that the Web disintermediates partner channels out of existence has long been discredited — but it’s equally clear that the old partner models have to be radically revised. The Web may not have eradicated the channel, but it is still having a big impact on its economics. This is an area where I know SAP’s Business ByDesign team has been doing a lot of research, so it’s good that we’ll have a speaker from the unit’s go-to-market and channel strategy team…