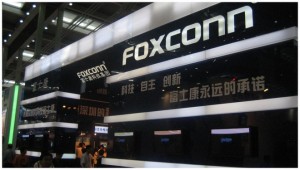 There’s been much buzz in the Apple community about whether Apple will be able to meet initial demand for its new iPad. Many Apple enthusiasts would agree with the statement that Apple’s new product supply chains usually take time to flex to keep up with order demand (not to mention early supply chain/supplier quality issues). When it comes to early defects, it feels like Apple sometimes sweeps issues under the screen, so to speak (when the 3G iPhone came out, someone close to my local Apple store told me to hold off on buying one until they worked out the supply chain kinks, because of overheating and battery issues). After reading stories like this, which suggest potential problems with iPad suppliers such as Foxconn (AKA: Hon Hai Precision), it would seem that the iPad may continue Apple’s tradition of disappointing hopeful customers who must get in the virtual (and even physical) queue for the product.

According to the above-linked story on Cnet, Peter Misek, an analyst with Canaccord Adams, suggested earlier in the month “the production issues could be bad enough to even delay the launch for a month.” Misek further notes in the article that “the upcoming iPad launch may be somewhat limited as a manufacturing bottleneck has impacted production of Apple’s newest device…an unspecified production problem at the iPad’s manufacturer, Hon Hai Precision, will likely limit the launch region to the U.S. and the number of units available to roughly 300K in the month of March, far lower than the company’s initial estimate of 1,000K.”…

One response to “Will Apple’s Supply Chain Let it Down with the New iPad?”