The Business Climate in China

I just spent a week and a half in southern China visiting a range of manufacturing facilities and meeting with senior executives, and the learnings were significant, some of which I want to share with you today. This is the kind of information that is really challenging to get from analysts and journalists simply because analysts and journalists tend to hang out in Shanghai or Hong Kong and get their information in filtered form and they focus on large multi-national companies that are not affected by the same dynamics that smaller companies in the area are.

Here’s the setup: Guangdong Province is the industrial heartland of China, responsible for the single largest slice of GDP for all of China. In fact the GDP of Guangdong alone is greater than the entire country of Taiwan (the word “country” in reference to Taiwan being subject to definition if you are Chinese!). The reasons for Guangdong’s economic prominence are really pretty easy to understand, a moderate climate, stable infrastructure, and a naturally formed network of waterways make the region easy for manufacturing businesses to set themselves up in, and the close proximity to the port in Hong Kong make it a natural location. The electronics industry, automobiles, consumer packaged goods, and textiles are all based here (to name just a few) and their attendant supply chains have developed here as a result. 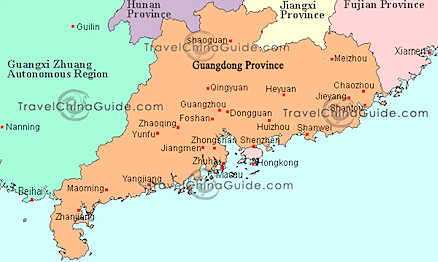 I spent my time in the Dongguan area, specifically in Chang’an, Foshan, Guangzhou, and Shenzhen. These areas are robust in terms of business activity yet at the same time are subject to a great wave of pending changes as a result of population patterns, among other factors.

Guangdong Province has a population of roughly 100 million people and, enviably, has full employment for those able and willing to work. The key learning I observed was that the employment picture is foisting upon these businesses the greatest degree of future uncertainty… although unlike the U.S. where we have a sideways employment picture, the situation in Guangdong is a lack of workers. Without exception, every business executive that I spoke with stated that they were experiencing a shortage of workers that on average ran 30% but was as high as 50% in some places. There was consensus among the executives that I spoke with that the area was short 2 million workers.

The reasons for this shortage are complex but also understood. Beijing has in recent years invested heavily in improving living conditions in the rural areas of China, which has been a primary source for workers in the industrial areas. As education, water, health and safety, and transportation in the rural areas has improved the locals have fewer reasons to leave and it is evident that they are not. The near term consequence of the worker shortage is that wage inflation is already a reality, as well as worker perks and benefits.

I want to take a moment to explain how worker compensation works in China. There is a base salary, which is the norm as opposed to piecemeal work which I think most Americans assume how China works, housing and meals, and lastly there is health insurance. All of the factories I visited had dormitories and cafeterias attached to the primary production complex, as well as full time security… the complexes are really fully equipped and while the worker population can come and go as they wish, while in the complex they have housing, meals, and recreation (basketball is very popular, apparently). Interestingly, the work/housing arrangement applies whether you work in a factory or at Kentucky Fried Chicken (also very popular)… how many fast food employees in the U.S. get housing, meals, and health insurance?

To put some numbers to this, a typical entry level factory worker can expect a monthly salary of about ¥2,000 Renminbi (RMB), a housing and meal component that is valued at approximately ¥1,500 RMB, and health insurance that costs the employer about ¥150 RMB a month. I’m hesitant to convert this to USD because that conversion is pretty meaningless when faced with living expenses that are far different in China than the U.S.

The reason why the wage inflation issue is significant is because the manufacturing economy is really a pretty low margin business and wage increases for workers translate into higher product prices, just like here in the U.S. Compounding matters is that wages are not the only issue putting pressure on these business, raw materials are also getting more expensive. Copper is a great example, doubling in price over the last year in spite of the ongoing global economic slowdown in construction industries (which is a primary consumer of copper). Wage and commodity inflation in China will certainly result in product price inflation in the U.S. and/or pressure on financial results for U.S. companies if they are unable to increase end user pricing for their products.

The second issue driving the shortage of workers is the One Child Policy that has been in force in China for decades now. The results, and the Chinese realize this as well, is that the population has gotten older as 2 parents have been replaced by 1 child in the workforce. I wrote about this a few months ago and what I heard in China just last week confirmed the view that policies that encourage low birth rates are economic suicide… China recognizes this and has been taking some very public moves to change the policy.

The other big issue driving business uncertainty in China is the declining influence of United States and the declining value of the dollar. The consensus view in China is that the U.S. has lost influence in global matters over the last year and the Obama administration is weak relative to Beijing. Whether or not you believe this is not relevant, the Chinese business community believes it and they are forming strategies to accommodate this risk that will affect how relationships with U.S. companies evolve.

It took me a little while to figure out what they were talking about but after some pointed questions I realized they were doing currency swaps with Hong Kong banks whereby a principal amount is swapped with a counterparty at a predetermined rate, the effect being that it locks in forward currency valuation like a forward contract. This is actually a pretty clever way to get around the fixed exchange rate risks that the RMB presents… you swap the risk with Hong Kong Dollars, one of the most traded currencies globally.

The last issue that I want to cover is one that quite frankly caused me to do a double take and it involved Walmart but is really much broader than just Walmart. As Chinese manufacturers have moved up the food chain from being simple offshore manufacturing to high value design and engineering, the appreciation for intellectual property has risen to a front burner issue. Every company I talked with told me of their distrust for Walmart, telling me of examples where “hot” products they were supplying to Walmart were then white labeled by the company using different manufacturers. These companies are well aware that Walmart has over 1,000 purchasing agents in the Shenzhen area that do product sourcing and oversee manufacturing for the company.

The larger issue is that the rise of China manufacturing IQ is mimicking what we saw happen in South Korea where raw manufacturing escalated into global brand prominence, in that case eclipsing the Japanese brands in many cases. I think it is an absolute certainty that we will see Chinese companies exert marketing influence in western consumer markets and this will put increasing pressure on American and European brands.

That’s all for today but I do want to write in detail about the implications of all of this for the IT industry in a future post next week… stay tuned.