Vendors Who Get The Social Thing – Oh, And I’ve Ordered An iPad 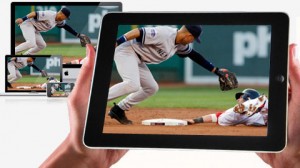 I ordered an iPad last Friday right after Apple finished updating their site so that I could.  Just to set the record straight, I’m not a fanboy though I have 2 iMacs, an iPhone and a Macbook Pro 13″ with a solid state drive. But, then again, I’m writing this post on a quadcore HP PC and I’m totally happy with it and with….with…..fanboys lay off me….Windows 7 Ultimate. Yes, I LIKE Windows 7 Ultimate.

Even though the iPad has limited functionality, it’s got enough to handle netbookish stuff that I have to do and its just so cool as an entertainment media/web browsing device that I gotsta have it. What drives it, as well as what drives the iPhone isn’t just the Jetson-like look it has but the software that’s being made available. If I’m to be ruthlessly honest with myself, I’m buying it to watch the Yankees when I travel on a really good screen using the MLB app that’s being developed for the iPad.   The business appeal is use of Keynote for presentations so that I can do the Madden draw thing on the presentations among other things. Hey, given how many I give, I need to be entertained by my presenting too.

In any case, its now ordered and I’ll have it on April 3.  Watch for my review. (Update: I got the 64gb version with VGA connector for presentations. Will get other accessories later and case from someone else. TIp: Use the Verizon MIFi or Sprint equivalent as a substitute for 3G from AT&T. Will save you $130 plus no need for new AT&T data plan)

Now to the Meat

Michael Krigsman’s enthusiastic post about Oracle CRM Senior Director Steve Diamond’s response to his post on Six Ways CRM Projects Go Wrong got me thinking even further about vendors then I have in my post on PGreenblog last week…well, rant on PGreenblog, anyway.  Often I hear people talking about vendors that they think do things wrong or vendors who should eat their own dog food.  But what they mean by the latter is usually use their own software – which is a ridiculous criterion as far as I’m concerned.  For example, why should a small company that is developing software for the enterprise be “obligated” by the powers-that-be to use that software?  They’re not an enterprise. It doesn’t indicate a lack of understanding to not use it.

But there is something that vendors could do that would be beneficial to them and at the same time benefit the market and the practitioners who are interested in them.  That would be do something in the world of thought leadership – where the representatives of the vendors could do fair, honest, agnostic assessments and presentations of idea and participate in the debate, discussion, conversation, whatever you feel like calling it without pushing their agenda in the face of people – meaning without traditional marketing approaches.

This is a subtle art.  Thought leadership is based on ideas propagated into the marketplace. I thought I’d look at a few of the vendors here that are doing it right and should be applauded for this – maybe not for other things in some cases – but for this.  I have 3 in mind who’s agnostic approach to thought leadership in some areas is actually refreshing enough to make you want to go “Yeaaahh. That’s what I’m talkin’ about.”

For those of you who don’t know Chris Bucholz, you should.  He was a superstar at InsideCRM, one of the most astute writers in the industry and funny as hell too.  He is now at Aplicor doing Forecasting Clouds and remains not only a superstar and astute, but funny as hell…