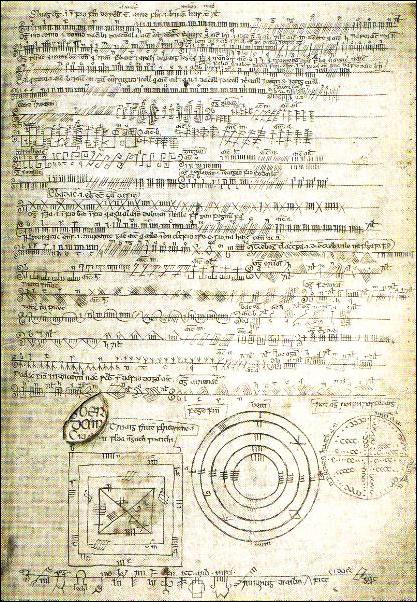 I wrote a post the other day about Digital Manuscripts, Reading as Writing, and the danger of of “digital rights management” (DRM). The New York Times today provided a lovely follow up in the shape of an article – Turning Green With Literacy – about the Irish role in saving the book after the Roman Empire collapsed.

One of my key arguments for Reading as Writing is the value of shareable marginalia, so I was very taken with the notion of Irish scholars making mashups of manuscripts, adding humour, and light and shade to the canonical texts.

“The Irish fanned out across Europe, salvaging books wherever they could, making copies, reassembling libraries and teaching the newly settled barbarians of the continent to read and write.

But they did more than this: they managed to infuse the emerging medieval world with a playfulness previously unknown. In the margins of the books they copied, the Irish scribes drew little pictures, thickets of plants, flowers, birds and animals. Human faces occasionally peek through the tangle, faces of childlike delight and awe. If you were a scribe copying out some especially ponderous philosophical Greek, the margin in which you could reflect on your own world served as a source of “refreshment, light and peace,” to quote the ancient Latin liturgy. These scribal doodles eventually became elaborate design elements, leading the way to Irish masterpieces like the Book of Kells.

The scribes also contributed jokes, poems and commentary to the works they replicated, saving for us a world of fresh insights. One scribe, tortured by the difficult Greek he was copying, wrote: “There’s an end to that — and seven curses with it!” Another complained of a previous scribe’s sloppiness: “It is easy to spot Gabrial’s work here.” A third, at the bottom of a tear-stained page, tells us how upset he was by the death of Hector on the Plain of Troy. In these comments, sharp and sweet by turns, we come in contact with the sources of Irish literary humor and hear uncanny echoes of Swift, Wilde, Shaw, Joyce, Beckett.”

You can’t have great writing without great reading. As the NYT, points out Irish was the first European vernacular language to be written down. As we establish a language for the digital manuscript we should consider that that the marginalia may indeed be the content. If the web has taught us anything it should be the value of metadata, the Bazaar and Heteroglossia. DRM is designed to prevent playfulness. But the smartest people in publishing realise that the future will be ludic – George Walkley, who runs digital strategy at Hachette recently told me of the importance of making publishing more “ludic” or game-like.

If our digital lives can be as rich and playful as the literature of the Irish we’ll be in fine shape. I can only hope for that on Saint Patrick’s Day.

disclosure: RedMonk has a *lot* of Irish blood.

the image above comes from Leabhar Bhaile an Mhóta.