Yippee! At Least We’re Not the Worst! 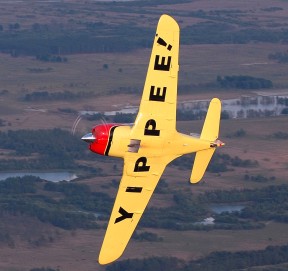 The markets are up. The media is happy. Economists are patting themselves on the back saying the “worst is over.” And certainly in many respects it FEELS that way, doesn’t it? And happily, as an investor, times are better than they were a year ago, that’s for certain.

But I’m noticing a pervasive change in the American psyche. Perhaps it extends to other nations (in fact, I suspect it does), but I’m approaching this from my perspective; which is to say that of an American citizen.

When did we replace our strive to be the best

with contentment that we’re not the worst off?

Let me back up a little and explain the catalyst that prompted this blog entry.

My wife and I have three young children, two of which are elementary school age. We’re in the fortunate financial position to have flexibility in terms of education. If need be, private schools are an option. I fully realize that for many people reading this, that’s not even a viable alternative. With that said, we’re both big advocates of supporting the public school system and made a conscious choice to move to an area where the public school system was top notch. We went in with eyes wide open that, in choosing such as school district, and living in New Jersey, we would pay what many would consider exorbitant property taxes.

That was a choice we were all too happy to make, and continue to stand by that decision.

But our state, along with many others, is under significant financial duress. That means tough decisions at every turn, not the least of which are school budgets. This past week, our town laid out the plan for this year’s school budget. Without boring you with all the specifics, we’re looking at the losses of some great teachers, major cut backs in new PCs, enrichment programs, etc…and yet our property taxes are still going to increase by a not-insignificant margin. And yet, we live in a town where 89% of educational costs are funded locally. We only suck on the State and Federal teets for 11% of our educational costs. As compared to 49% for the average NJ district.

At a dinner party the other night, the school budget issues arose and nearly everyone was focusing on the minutiae of what was getting cut, yet no one seemed to consider that it’s not the funding that’s the issue, but HOW THE MONEY IS ALLOCATED. So I politely asked one of the other parents, “Don’t you think the fact that we, on average, spend $$ [insert tax number here], should be enough for our children to not have to worry about what programs are going to be cut each and every year?”

Her response? “Well, if you lived in [NJ Town 1], [NJ Town 2], or [NJ Town 3], you would be paying even more property tax for a lesser educational system.”

So is that what we’ve become as a society? Are we now happy that we’re not the worst? That we have it RELATIVELY better than the next guy? Really? Maybe I’m just getting older and am longing for a bygone time, but I grew up thinking that the American spirit was personified by striving to BE THE BEST. I was taught, “it’s OK if you’re not the best, so long as you try to be.”

I was so taken aback by her victory lap of relativism, that it codified just how pervasive that line of thinking has become.

Take a step back for a minute and think how often you hear someone say, “Hey, at least we don’t have it as bad as that guy/company/state/country?” Somewhere along the way we became a people just happy to not be the worst off and stopped trying to be the best we could possibly be.

Is our societal shift to pride of relativism permanent? Is it a function of a maturing hegemony? Can we reverse course? If so, how do we take the first step back?

I’ll end it there. The market is up again, the St. Patrick’s Day parade is passing by my office. It’s time to go and be happy that my corned beef and cabbage may not be the saltiest or the most savory, but at least it’s not the worst! 🙂