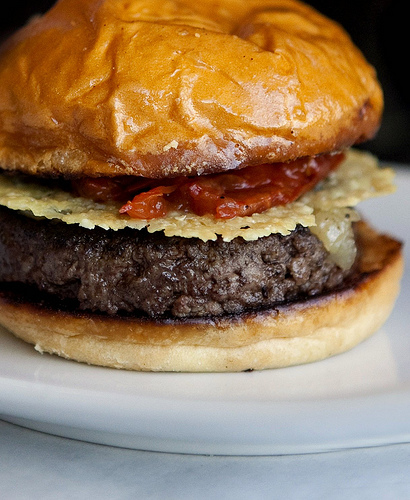 My efforts at cloud definitional work began with 15 Ways to Tell its Not Cloud Computing. In the intervening time the forces of complexity and, yes, pragmatism have triumphed. We’re now making the long transition from simple and public to complex and private – hopefully some simplicity will make it through the process.

Talking of simplicity, one of the problems in any tech wave is the problem of language. Cloud, like SOA before it, suffers from being everything and the kitchen sink. Funnily enough my name is an anagram of Removes Jargon, and in that spirit I just wanted to amplify some home spun wisdom from our very own Michael Coté.

The other day I was reading some of his notes and came across this line of beautiful simplicity.

There now, that wasn’t so hard was it? Now that is what I call a burger. The next time someone tries to take you through 30 slides explaining the cloud you can just nod sagely, and say… “ohhhh. you mean servers, middleware and apps. Yeah I get it.”