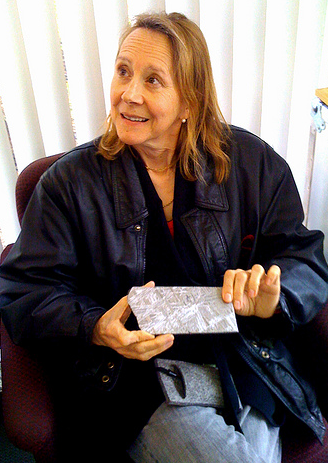 It’s hard to not think of Esther Dyson on a day that recognizes women in Science and Technology.  I’m not the first to write about her for Ada Lovelace day, but I hope to reveal a side of Esther that will serve to inspire women everywhere.

I first met Esther in 1989, I believe.  I was working for CMP (Now TechWeb/UBM) on Long Island, and my boss asked me if I wanted to join him at a lunch date with her.  ”Absolutely!” I said.  There was no equivalent back then to Esther (and probably hasn’t been since.)  She was a bona fide tech icon.  Even then.  Without Twitter and Facebook, even.

What I found most curious about our lunch was, in addition to sharing morsels of wisdom, she took the time to speak to me personally, in earnest.  She told me to check out a few women in technology organizations and offered to introduce me to some contacts that shared some of my interests.  I never forgot that meeting.  (I’m sure she did.)  What was memorable was her kindness and instinctive generosity, in addition to her intelligence and confidence.

Over the years, I kept in touch with Esther mostly as a reporter/researcher.  She never hesitated to return an email or give me a quote.

In 1998, when I decided to launch a business, I reached out to Esther to become what I cleverly described as an “e-Advisor.”  Essentially, my pitch was that I would only contact her if it was absolutely necessary, and all she’d have to do is return an email with her thoughts.  I still have the original email I sent her.  It’s a little over-the-top, but to her credit, she not only agreed to be an “e-Advisor,” she agreed to meet me in her office in New York to review my business plan.

Long story shorter, over the years, Esther has always (always) been there when I’ve reached out.  I most of the time can’t believe it.  Her advice has saved me from some pretty dumb amateur mistakes, and her insight has opened my eyes to considerations I never would have recognized on my own.  I once sent her a Van Morrison CD because I felt I needed to do something to thank her for all her support and help.  It wasn’t much, but I couldn’t really think of anything she could possibly need, so I sent her something I liked.

The lesson in this story for women everywhere– and all professionals young and old– you’re never too famous or too special to show a kindness to a stranger.  Share what you’ve learned over the years with someone who’s still learning.  Just this week, Esther has been helping me sort out a business opportunity.  Once again, I begged her to let me do something for her.  To this she responded:

For this reason, in addition to being a brilliant technology and science icon (who happens to be a woman), I celebrate Esther for being just a really great human being.  May we all (attempt to) emulate her.