The new normal in telecom 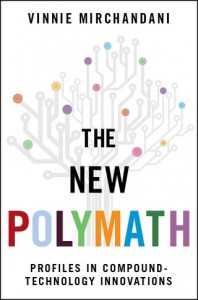 I led a lively session at the Cognizant Community in Phoenix with Deb Lucas of Comcast and Thomas Knight of AT&T. I used 2 slides (extract below) to summarize all the innovation and challenges around telecomms showcased in my upcoming book The New Polymath.

Deb described the automation and efficiencies Comcast is building into its OSS/BSS areas and Thomas talked about all the process and technology going into streamlined provisioning as AT&T rolls out its U-Verse fiber services around the country.

When I asked it they would ever outsource pieces of their network to others (NSN and other equipment manufacturers are starting to support the network for smaller telcos around the world), none of them seemed excited with the prospect. Partly understandable, partly not when the excitement in the sector has been coming “around” not “from within’” the network in the application, devices and content from Apple, Cisco, Skype, Google, Plantronics and others.

Still, it was good to hear from both (and others in the room) about the internal innovation within the bowels of their networks and related customer service, and the billing processes. They shared a sense of frustration that in spite of their efforts,  the public perception of the sector continues to be poor.

I walked out of that room feeling far more optimistic about large telco/cable companies. There was a sense of humility and quiet determination most consumers don’t often see from the outside looking in.