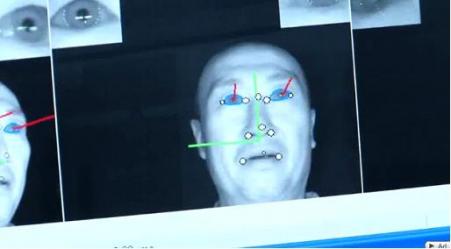 I read the linked post below and the notion of eye tracking as a result of augmented reality products will result in a new advertising currency. The idea of eye tracking in advertising is not new, indeed eye tracking as a field of study is not new having first been credited to the work of Louis Émile Javal in the late 19th century who discovered that when we read our eyes don’t follow the text in a smooth motion but a series of short jerky ones. From the 1970s to the present this field of study has expanded dramatically as technology has enabled the precise measurement of corneal reflection, which is how eye tracking works.

It is in the field of automobiles that the research has been most successful in commercial applications. Mercedes, and others, have developed systems that alert drivers when fatigue overtakes them (falling asleep when driving) and in combination with onboard radar systems to alert drivers when they are approaching a hazard and not responding accordingly, in extreme cases the computer will take over the car and force a slow down.

Basically these applications are focused on safety issues, not what Thomas Carpenter is suggesting, that this technology could be used to fuel new growth in advertising.

[From Eye-Tracking Will Be The New Click-Throughs]

As augmented reality products use eye-tracking to achieve a realistic virtual overlay like in the recent GM augmented windshield, they are getting more information than just how to align the graphics. Eye-tracking adds a new dimension to the data exhaust. As any professional poker player will tell you, the eyes are the window to the soul, and to the tell. Someone holding pocket kings might look down at their chips the moment they see their cards in anticipation of seeing a bigger pile later. Players wear glasses for a reason. The eyes can give away important information.

Eye tracking has been applied in advertising in public venues, such as on billboards, and in web usability. In the latter it is performed in controlled environments and with control groups, not broadly deployed to the public. The reasons for these cases being in a public venue or in an opt-in basis is obvious… privacy. In order to track the eye you are by definition tracking the person who is attached to said eye and that simply isn’t possible without consent.

The privacy issue is exactly why I believe Carpenter is way too early in applying this to automobiles or any other mass market device that operates as a private space. There are other concerns related to how governmental entities would access such data for purposes other than originally intended, such as is the case with automotive communication technology. Despite all the feel good advertising by OnStar about remote vehicle shutdown capabilities, these requests can only be initiated by the owner, in other words the police chasing a vehicle for failing with some drunk guy behind the wheel will be met by a wall of silence if they call OnStar to have the vehicle disabled.

There are legitimate privacy issues that need to be resolved, or at least make eye tracking (or gaze) capabilities related to advertising purely an opt-in technology which would force advertisers to offer something of value to the audience in exchange for the additional data.