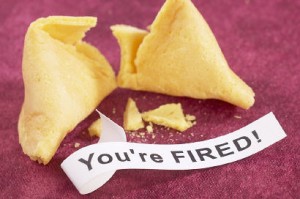 I have had the unpleasant experience of being involved with or hearing quite a bit of the blow-by-blow associated with the replacement of a CEO at one company or another.  While I have not experienced the ultimate displeasure of being replaced myself (despite “ousted” rumors to the contrary!), I can tell you that it is a very very messy business.  So much so that I resolved at one point just to leave any company if the CEO was replaced.  At Helpstream, I had not counted on the Board tapping me to take up the role.  Caught like a deer in the headlights when they approached me, I did not resign per my plan.  I don’t regret that, and have since amended that plan of action, and not just for the case where I get to be the CEO.  The reason I had made the plan in the first place was that in the past I had always seen a tremendous loss of momentum that could take years to recover if it ever came back at all (in fact it didn’t in most other examples).  But with a startup, things are nimble enough that it may be possible to use the opportunity as a catalyst for change.  VC’s must think so, as I have read that up to 75% of startup CEO’s are replaced at some point.  My new plan involves staying if there are some very clear changes in strategy and execution that will be made immediately and that have the promise of immediate impact.

This brings me to the point of this post: the Three Deadly Sins of a Startup CEO.

There are many more than three deadly sins, and a host of venial sins, but these three, if allowed to continue for very long, are almost invariably fatal for the tenure of a startup CEO:

1.  Thou shalt not miss thy numbers.

2.  If thee misses thy numbers, thou shalt have an explanation and plan broadly agreed upon by Ye Olde Board.

3.  If thou hast no such plan, then thee will be humble and willing to accept and act on any advice or coaching thy Board may provide.

Pretty simple.  If you make your numbers, the Board leaves you alone for the most part.  BTW, many of them will be from the school of “Let’s raise the bar if it looks too easy” and you’ll be judged against peers who may not be especially fair comparisons, but dems da breaks, kid.  If you don’t make your numbers, you had better have a plan your Board believes in or you’d better be willing to take their advice and act on it ASAP.  BTW, all startup CEO’s will commit one or more of these sins unless they are supernaturally lucky.  They may even violate all three.  It’s a matter of not violating all three at the same time for too long.

Also note that violating all three doesn’t necessarily make the CEO a bad person.  It may simply mean they don’t know why the plan didn’t work, and don’t believe the VC’s plan (cut your staff in half and hunker down until it blows over) will help either.  Sorry, this is about political capital, not who is right.  It melts and runs away like butter on a hot tin roof so long as you’re violating all three.

The CEO has a lot of perks from the perspective of the ranks below.  Good Boards give them quite a lot of autonomy.  The VC’s don’t really want to run your company.  But as Bob Dylan said, “You’re gonna have to serve somebody.”  In this case, it is you Board, and if you lose sight of that, it’s going to be rough for you.  I’ll talk about the whole issue of the numbers and the Board in a later “Learnings” post.  This is also quite fascinating and can seem confusing until you understand where everyone is coming from.