The Council frequently conducts Q&A teleconference call-ins with e20 gurus.  The calls are very casual, but are always illuminating and worth the 60-minute investment for everyone who shows up.  Last week’s guru Q&A was with Jeff Dachis, head of The Dachis Group here in Austin.

As I listened to Jeff’s preamble about who he was and where he came from, it surprised me that I forgot this is the same 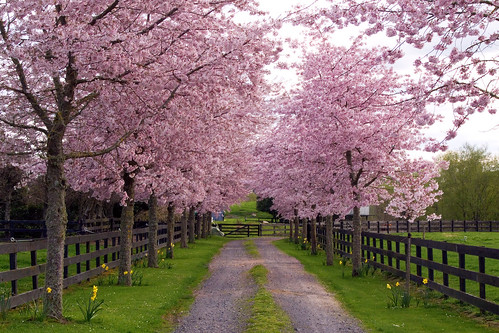 Jeff Dachis that jump-started a new sector in the IT services space in the late 90s when big corporations were smirking about the oncoming Internet revolution.  Of course, during the dotcom heyday, you couldn’t tell what was a sock puppet from what what was real. The easiest course of action was to deny anything was happening.  (There’s a big story in what actually did happen in the e-services sector, but that’s a story for another day.)  The fact that the market crashed made it look like the naysayers were right.  Yet, a decade later, most everyone will agree the Internet did change the world as we knew it, and it changed the business world irrevocably.  Jeff himself was the one who said, “In the future, everything that can be digital, will be.”  While we were on the call, Jeff described the post dot-com era as the “Internet winter.”  One of our members chimed in immediately with, “We’ve awoken now to the Social spring.”  That is a great metaphor to describe the phenomenon that’s now unfolding.

In 2006-7, everyone watching this new space of Enterprise Web 2.0 was eager to share what they knew, spontaneously connecting and collaborating.  All the up-and-coming experts emerging in the space all knew each other and helped define and chisel the image of the new market opportunity.  I’d say by mid-2009, everyone recognized the market was maturing.  It was about that time I launched the Council, and soon after, Headshift was acquired by the Dachis Group. Other alliances formed over the past year, e.g., through Gartner’s acquisition of Burton Group, Mike Gotta can now teach Gartner clients about e20, Oliver Marks and Sameer Patel joined forces to create the Sovos Group, Gil Yehuda went to work in Silicon Valley, and the Altimeter Group is crossing over into the sector with its focus on social CRM.

The cheese that stood alone in the consulting crowd was Dion Hinchcliffe whom I once referred to as separated by birth from the Dalai Lama.  Today, Dion is announcing his company has also been purchased by The Dachis Group.  This is a terrific development in our sector as the consultants who’ve been independent are recognizing there is a tremendous amount of demand to understand and adapt to the technology-driven disruption and innovation that is exploding around the globe as a result of the socially interconnected web.  Where the majority of our members in the Council are inventing wheels for the first time, the extension of their hard work will require a bench of professional talent.  In order for consultants to meet that demand, consolidation is the only way to deliver by taking advantage of economies of scale. Whether the opportunity is strategy, technical integration, education, or assistance with deployment, the days for external evangelism are probably coming to an end.  The idealism that led the first era of this sector has now been replaced with pragmatism and will help businesses of all size move to the next level.

It reminds me of the boutique firms that cropped up in other eras that helped large companies manage the transition from before to after. Over time, the large consultancies will enter the market.  That’s when we’ll know we’ve arrived.  I’ve already seen some interesting arrangements with off-shore firms who have some unique capabilities to bring to the party.  As this business turns its attention to growing up, I applaud the pioneering efforts of these early bloggers and teachers who’ve brought us to this point.  So whether we quibble over our own insular naming conventions or accurate assessments of what is is, one thing is for certain, we’re ready for take off.  Buckle up.