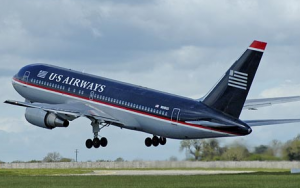 As I got ready for a trip to Philadelphia this week and investigated my travel options, three choices emerged with any regular frequency — United, US Airways and Southwest. All the tickets, about a week in advance, were about $500 and change, or roughly 2X what I’ve paid in the not-so-distant past (a sign certain routes are headed up in cost). I suspect if the rumored on-again, off-again merger between United and Southwest goes through, we’ll continue to see upward, sustained pressure on fares. But eventual rising prices on fares is only one of the potential risk elements for travelers and businesses dependent on both airlines.

In the above-linked post, travel writer Ed Perkins opines that a merger between the two would bring about “no effect in the short term, higher fares in the long term, and chaos in the event of a strike.” He gets straight to the Spend Management point when he notes, “the primary objectives of giant mergers are to reduce competition, reduce capacity, and increase prices.” I have no doubt based on watching how US Airways and others have long gouged travelers in hub airports when competition does not exist on key routes — not just overall competition, but now a lack of time-based (e.g., 6:00 AM flight) competition as well — on a consistent basis. Living through US Airways’ near monopoly of the Pittsburgh airport when I was at FreeMarkets taught me this.