Disregarding BRP is like being long on subprime CDOs

If you, as a developer and vendor of products, create a new product that has the promise of value for your customer you’re onto something.

Say going back a few years starting up Facebook or creating the iPod you would end up with a wildly successful product, tons of happy customers and fat bank accounts.

But if those never happened the world would probably be just the same.

For the supplier of tools and solutions to enterprises, things are a bit different.

If nobody had “invented” the Subprime CDOs (Collateralized Debt Obligation) and all it’s synthetic cousins the world would have been simpler. If Ford did not implement his assembly line (and nobody else for that matter) we might not be as mobile as we are today.

The purveyors of Enterprise systems and tools have a direct effect on everybody’s life, wealth and resource use, and the results are sometimes dramatic.

Michael Lewis’ last book “The big short: Inside the Doomsday Machine” arrived from Amazon the other day, and being a big fan of Lewis, a former investment banker and a stubborn sceptic I enjoyed reading more about the subprime crisis. 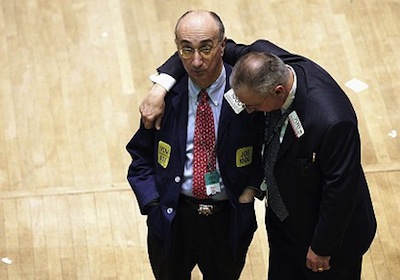 But as I’m fully engaged in areas of enterprise software where I found, and try to address, rather obvious holes in the fabric, it also gave me some serious flashes of deja vu:

Barely Repeatable Processes (BRPs) is where at least 60% of the world’s value creation takes place, and in those processes about 65% of the time and resources are spent on manually running the processes and not on value creation.

This means that we, World Wide, spend 40% of all resources and time on things that are basically a waste and that could be automated. Or to put it in other words, by automating the BRP flows we could increase World Wide GDP by 67%. Value damned well needed as it could mean much suffering wiped out and much less limited resource use, but now wasted due to old habits and unwillingness to face reality. Just like in 2007.

Those are the facts, that is the disregarded reality.

If you are an Enterprise Software vendor and are not facing this, please do yourself a favour and read about Bear Sterns and Lehman Brothers.

Then read about the head-shaking sceptics of 2007 that were pinching their arms (not always able to believe what the saw) while shorting the subprime market with both hands. Know then that I so sympathise with those brave souls while I’m trying to nudge organisations towards the inevitable in today’s world.

OK, the Enterprise Software market has started talking about the issue, so far adding “Dynamic”, “Social”, “Adaptive” and similar prefixes to existing products. For me another deja vu from 2007 when Wall Street added names like “High-Grade Structured Credit Strategies Enhanced Leverage Master Fund” to their existing products. “High”, “Structured” are good words, gives hope, just like “Dynamic” and “Adaptive”.

Others of course are saying their “new” stuff “have process”, but on closer look it’s all DIY process easily reminding me of Moody graciously dishing out triple As.