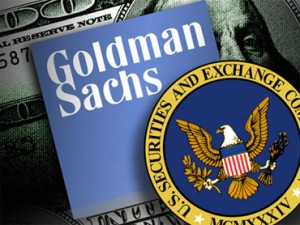 The New York Times today points out the the SEC’s case against Goldman Sachs for betting against the securities they sold against the collapse of the housing market wasn’t about the security, but the fact that it was bet against.

In other words, the validity of the product wasn’t the issue, but the information gained about interests in said product informed a bet against it, which made it less valid. Not just how it was created, or packaged and sold. But the absence of information, let alone, but most importantly conflicts therein, made it a fraud.

If you are confused by now, welcome to the world of information arbitrage. Arbitrageurs are needed because they make markets efficient. But also inefficient,  when regulators aren’t empowered, or doing their jobs, lest left to an end of catastrophic collapse that too many have become familiar with.

There is arbitraging price, time, space. You know, big uncertainties that rest upon one person having a better idea than another when the other really should know better.

And there are some cases where so many people should know better, or at least caveat emptor should not apply. Now we are about to find out about where that line should be drawn.

In other fields there are cases where when you buy a product, you get to know what the interest is behind it, and other cases where you have information rights for what you disclose upon engagement, let alone purchase, are contained to keep the market fair. Think about the regulation behind next time you disclose information when you buy a product, or talk with your doctor, or a lawyer, or anything where information has a premium value. Some of it isn’t perfect regulation.

But information drives markets, or least, and perhaps to its greatest deviation the perception because of it. I believe the SEC’s line of argument drive straight into the heat of darkness. By choosing not to attack the merits of the product, but behind it, where information arbitrage unbridled, and the conflicts that could lie therein.

I wonder what the impact of this case could be. Not just upon the golden cornerstone that held more than steadfast through the last quake — which will be the populist story. But if we may have our understanding of what a product is be brought into the information age. A service, which is bought and sold by a greater context that those who legally partook in the transaction.