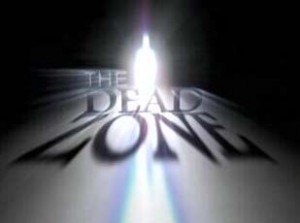 As so often happens, a discussion of the Enterprise Irregulars group I belong to has prompted a post of my own.

Every business needs to spend some time thinking about what kinds of customers it doesn’t want to attract.  This kind of thinking is alien to most, but it is essential to successful sales and marketing.  Why?  Companies can’t be all things to all people.  Products are not equally suited to every segment.  Both companies and products need to be great for some segment, preferably insanely great as Steve Jobs used to say.  Spreading too thinly by trying to appeal to too many segments dilutes the possibility of such greatness.  So spend some time consciously identifying which customers you’re not interested in having.  Having done so, you can use this knowledge to help you in decision-making.  Any time the primary appeal of a decision is to make a group you’re not interested in happy, just drop it.  Focus the energy making the group you are interested in happier.

There are many dimensions you should analyze in order to fine tune your definition of the “right” customers.   What sorts of businesses are they in (e.g. verticals)?  Who is the buyer within their company that will make the decision?  What problems are they trying to solve?  You probably should not be trying to solve all the problems even for a relatively narrow focus on type of customer.  Let’s drill down on a particularly important dimension: what size customers are you trying to attract?

Size changes everything.  For some markets, it spans the gamut from individual consumers to giant companies.   No single product could be right for everyone on such a huge range.  The marketing strategy you have to use to generate demand differs wildly from one end of the spectrum to the next, as do many other strategic decisions your company must make.  I spent a fascinating afternoon with Geoffrey Moore (he of the chasms) going over this for Helpstream.  There are three categories for deal size that profoundly affect your marketing strategy.  If your deals are below circa $70,000 (consider that a year’s subscription for SaaS, or the license fee for a perpetual software license), you need to market with PR and Buzz.  It’s the most efficient way to go about it.  You have to send out a signal that customers will home in on.  This kind of marketing is inbound.  BTW, at Helpstream, we move from being mostly outbound to being almost entirely inbound and it profoundly improved our results.

The second category involves deals bigger than about $150,000.  BTW, these numbers, $70K and $150K are approximate, and have wiggle room of 10 or 20K.  Above that size your approach should be outbound.  Draw up targeted lists and reach out to them.  The PR and advertising end is much less important.  Your messages will be very much tailored to each individual prospect.  Consultative selling is the proper approach.  This is how we went about it selling to the Global 2000 at Callidus, when I was there.  When I was at Oracle, there were cases of products being built that had to be sold for under $100K.  The Oracle Sales Force flat-out told the Product organization it had no idea why they had built those products because they had no way to sell them.  And in fact, the products did very poorly and eventually died.

You will notice that the third category is the middle ground, between about $70K and $150K.  This is a Dead Zone where you can’t win.  Deals are too big to sell on inbound attention and too small for the kind of focused outbound selling that works in the larger deals.  Companies here are stuck in an unhappy world.  They need to either raise or cut prices, because the costs of sales and marketing make this price point too inefficient to be practical.

What does all this have to do with Enterprise-envy?

There is a peculiar form of naiveté associated with Marketing.  As my old VP of Marketing Bill Odell would say, “Everyone thinks they can do marketing.”  Most engineers want to emulate Porsche or Apple marketing (or similar “power” brands) if you ask them.  Watch their reactions to your marketing and their suggestions with that in mind and you will understand where they are coming from.  But there are tons of successful companies, great companies, that do not have the in-your-face-we’re-better-than-everything-else-by-a-lot mentality of a Porsche or an Apple.  Some products just can’t sustain the attitude (imagine selling something mundane, like pipe fittings, that way) and some markets are turned off by it.  Do you want your doctor to portray a cutting edge boy racer image, or do you want them to be conservative, competent, and safe?

Enterprise-envy is related to wanting all your marketing to look like Porsche or Apple.  All businesses love to talk about their customers.  It’s so much better when you can talk about a customer someone has actually heard of.  “Porsche uses our muffler framistat analyzer to build their world-class cars.”  But what if your customers, the ones who have gotten you where you are today, aren’t Enterprise-class customers?  What if they are all small businesses?  You’re going along gangbusters, racking up tons of them, but you sure are tired of not being able to flaunt some big names when people ask about your business.  Then one day, an Enterprise comes along and thinks it could use you.  Chances are good that you have Enterprise-envy.  Suddenly you’re doing back flips and turning everything upside down to try to win their business.  And guess what?  This is what the Enterprise expects.  They’re used to getting their way.  After all, they are Coca-Cola (or insert favorite brand) and you are nobody.  Just a startup.

When that happens, drag out your description of who are not your customers.  If you’re building your business on that over-$150K deal, and this Enterprise is exactly where your sweet spot is, then by all means, jump through flaming hoops to get their business.  That’s how it is done.  Each one may take you within an inch of your startup’s ability to deliver, and you will need to rise up and make them happy.  Been there, done that.  There is nothing quite so exhilarating as being told that the deal you just closed will require your software to run 10x faster within 6 months or the customer will be pissed and you will fail.  (Paraphrasing Winston Churchill, who said “There is nothing more exhilarating than to be shot at without result.”

However, if the Enterprise is not in your sweet spot, think about whether the value of being able to tell people about them (yes, that will market just fine and enhance your PR to help sell more under $70K deals!) is worth the flaming hoops.  Try to make sure that this new Lighthouse Account won’t sink the boat or otherwise cause you to change your product or business so much that it isn’t worth it.  In short, make darned sure you aren’t betting your business on these deals.  Sales people call it mammoth hunting.  You can eat for a long time on a mammoth, but he’ll kill a bunch of the cavemen before you bring him down.  As I have alluded to, the right way to think about it is that this deal is largely about the marketing.  Evaluate its costs as you would any other marketing program.  However big it may be (and if you are starting out, it won’t be all that huge), it is really no better than the next however many small deals it would take to make up the revenue.

Salesforce.com provides an interesting case study here.  For years, Benioff sold against Siebel as though they were dire competitors.  Yet they could not have been.  The average customer of an early Salesforce had too few seats.  Even today their average customers has relatively few seats.  You’d think from the rhetoric that they were in competitive dogfights at every Fortune 500 company there was.  It made for good PR, and there were enough small department wins at big companies to fuel the PR machine and keep it interesting.  But the reality was a lot less than the rhetoric.  Netsuite is more honest about it when CEO Zach Nelson talks about selling to the Fortune 5 million.  I like that turn of phrase.

There are great businesses to be had selling to small customers.  Often its easier than going after the Enterprise because there are fewer vendors trying to serve these markets and they are less capable as competitors.

Ignore Enterprise Envy and go after the best market for your company and products.