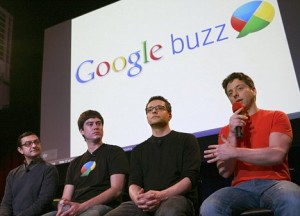 Google has been a remarkable company to watch over the years, operating as a pure product company that reflected Microsoft in it’s prime, which is just to say when Microsoft could make or break a new market by simply introducing a new product. Google also adopted Microsoft’s strategy for empowering product managers with great and absolute authority over products.

Over time Microsoft was defanged by endless interventions by government into their product process, the result of which is that Microsoft is no longer feared by startups and investors even though they still enjoy immense power in the marketplace.

Like Microsoft, Google has made mistakes with products in the past and come under regulator scrutiny for their M&A and product privacy issues. However, unlike Microsoft the attention focused on Google has not been debilitating and Google today is a force unlike any other company, even eclipsing Apple in this regard.

With Google Buzz the heat being applied to Google has become uncomfortable, causing the company to quickly recognize that the blunder was more serious than previous over-reaches. We have seen Google respond very quickly with product fixes and an executive level communication campaign but I wonder if what we are seeing with Google Buzz is the dawn of a new era where Google products are vetted much more comprehensively than in years past in order to avoid issues that product managers are not accustomed to putting front and center, like the reactions of international governments.